Israel, Masada, A group of tourists listening to their guide at the Remains of the Metzada Synagogue Metzada is the site of ancient palaces and fortifications in Israel on top of an isolated rock cliff on the eastern edge of the Judean desert overlooking the Dead Sea. where Jewish zealot insurgents held out for three years against the Romans after the fall of Jerusalem in 70C.E. and then committed mass suicide to avoid capture. Metzada has remained a symbol of Jewish heroism. 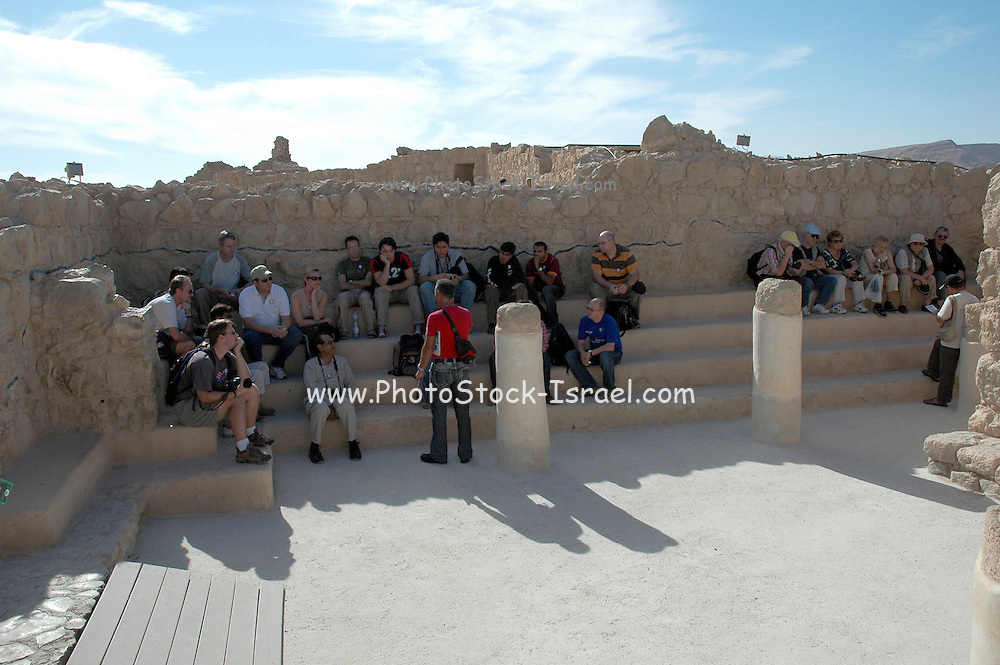