General view of the Shivta ruins

General view Shivta (Sobota) is an archeological site in the Negev Desert of Israel, 49 Km southwest of beer sheva, east to Nizzana (Nitsana). Long considered a classic Nabatean town and terminal on the ancient spice route, archeologists are now considering the possibility that the town was actually a Byzantine agricultural colony and a way station for pilgrims en route to the Santa Catarina, Egypt, located on the supposed site of Mount Sinai. The new assessment of Shivta is based on an analysis of the irrigation system found at the site, which bears parallels to Byzantine structures elsewhere. Until now, the preponderance of Byzantine ruins were believed to be the remains of a monastic community that established itself on the ruins of an earlier Nabatean town. Shivta was declared a world heritage site by UNESCO on June 2005. 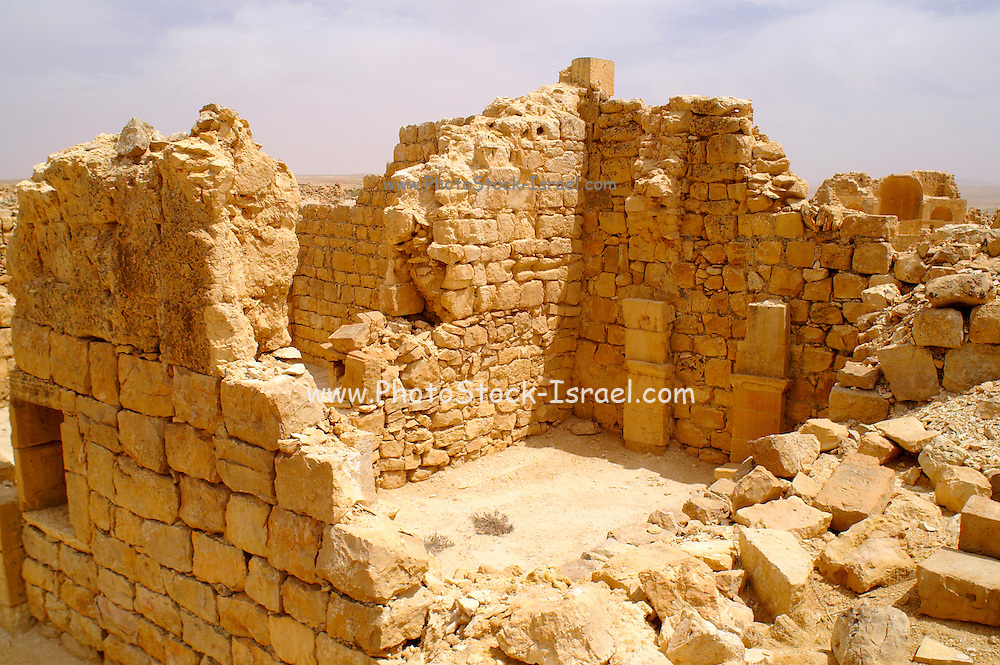