Caesar Augustus (23 September 63 BC – 19 August AD 14) was the first Roman emperor, reigning from 27 BC until his death in AD 14. His status as the founder of the Roman Principate (the first phase of the Roman Empire) has consolidated an enduring legacy as one of the most effective and controversial leaders in human history. The reign of Augustus initiated an era of relative peace known as the Pax Romana. The Roman world was largely free from large-scale conflict for more than two centuries, despite continuous wars of imperial expansion on the Empire's frontiers and the year-long civil war known as the "Year of the Four Emperors" over the imperial succession. Copperplate engraving From the Encyclopaedia Londinensis or, Universal dictionary of arts, sciences, and literature; Volume XXII; Edited by Wilkes, John. Published in London in 1827 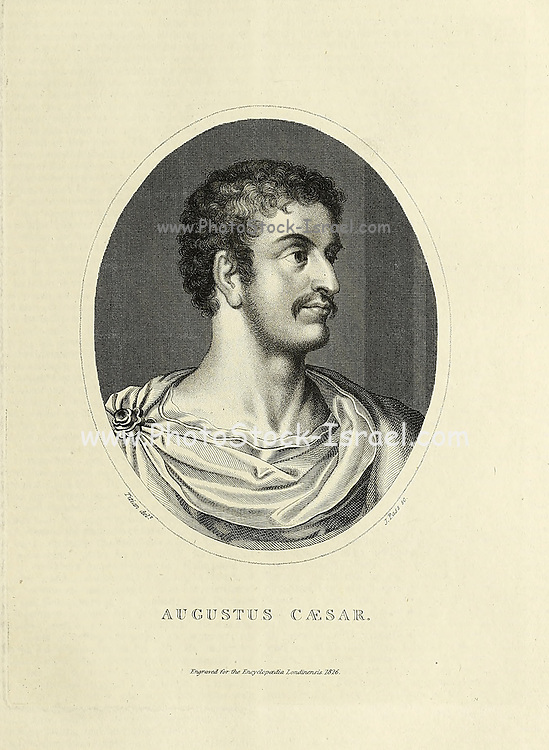