Marine iguana (Amblyrhynchus cristatus). This is the only truly marine lizard and is also known as the sea or Darwin's lizard. It spends much of its time feeding on seaweed underwater. Due to the coldness of the waters it inhabits, it basks in the sun to raise its body temperature. The marine iguana is only found along the rocky coastline of the Galapagos Islands. It formerly congregated in vast colonies, but its numbers have declined due to the unusually strong 1982-83 El Nino climate event and the impact of introduced predators such as rats and cats. Photographed on the Galapagos Islands, Ecuador. 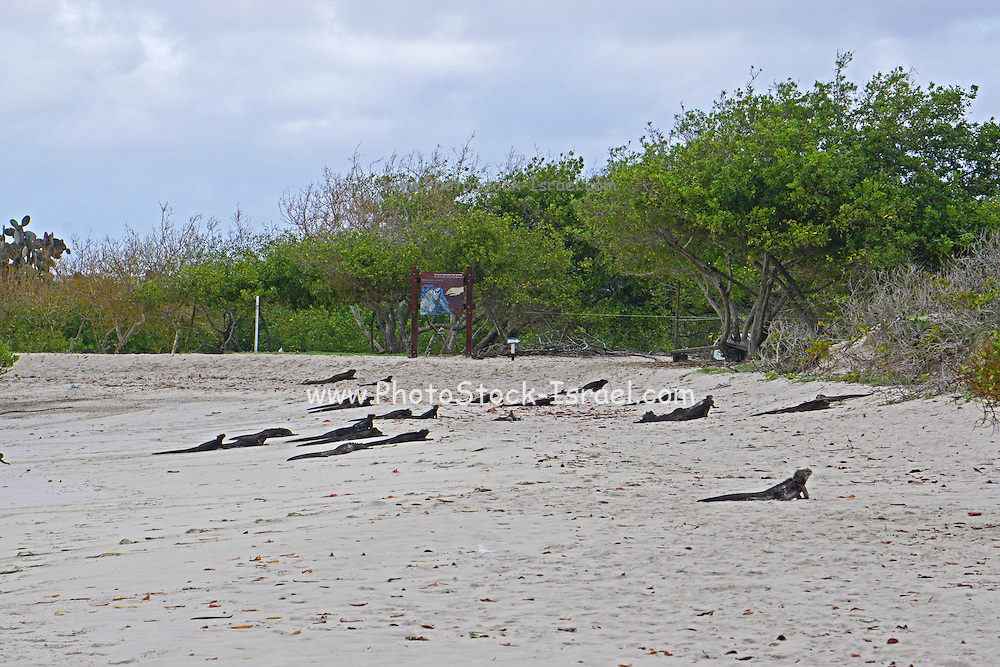