The Israeli Home Front Command, in conjunction with the various rescue and emergency bodies in Haifa, has performed the largest home front drill ever held in Haifa. The exercise simulated hundreds of rockets striking the city, including direct hits on strategic buildings. The drill incorporated an exercise in which the military and civilian forces dealt with an attack involving hazardous materials, as well as exercises in which the civilian population is evacuated to protected facilities. Additionally, the forces simulated a rocket attack on Haifa's Technion University, during which gas were distributed to residents in the relevant areas. July 19, 2012, 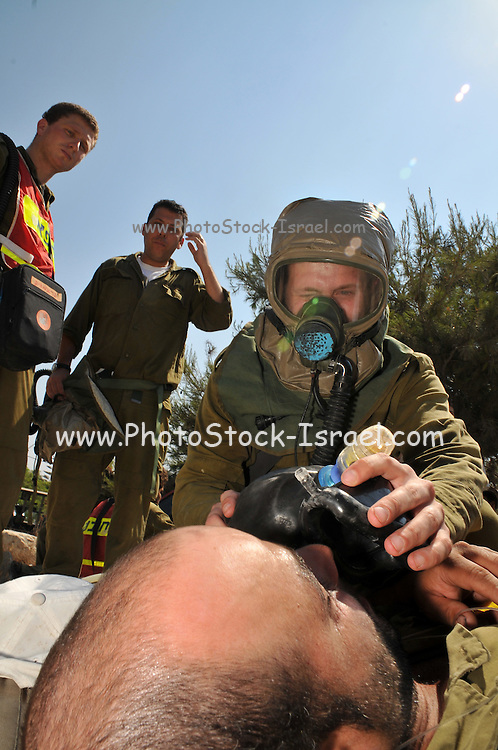