Atlantic walrus (Odobenus rosmarus rosmarus). This large, gregarious relative of the seal has tusks that can reach a metre in length. Both the male (bulls) and female (cows) have tusks; the bulls use them in displays and fights when competing for dominance and access to cows. Both males and females use tusks to haul themselves onto ice or to create breathing holes. The walrus has inflatable pockets on either side of its oesophagus which it can fill with up to 50 litres of air for buoyancy. It dives to the ocean floor to feed on mussels, crabs, snails and starfish. The Atlantic walrus is found in two separate areas to the east and west of Greenland. Photographed in Spitsbergen, Svalbard, Norway 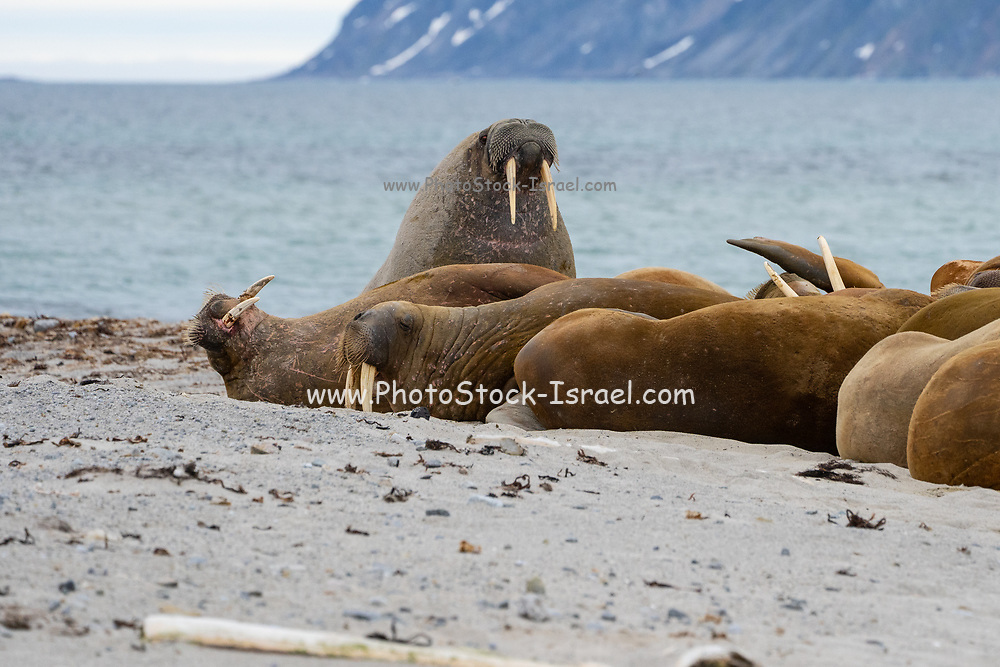