Portunus pelagicus, also known as the flower crab, blue crab, blue swimmer crab, blue manna crab or sand crab, is a large crab found in the intertidal estuaries of the Indian and Pacific Oceans (Asian coasts) and the Middle-Eastern coast of the Mediterranean Sea. The crabs are widely distributed in eastern Africa, Southeast Asia, East Asia, Australia and New Zealand. The males are bright blue in colour with white spots and with characteristically long chelipeds, while the females have a duller green/brown, with a more rounded carapace. The carapace can be up to 20 centimetres (7.9 in) wide. Photographed in the Mediterranean sea in October. 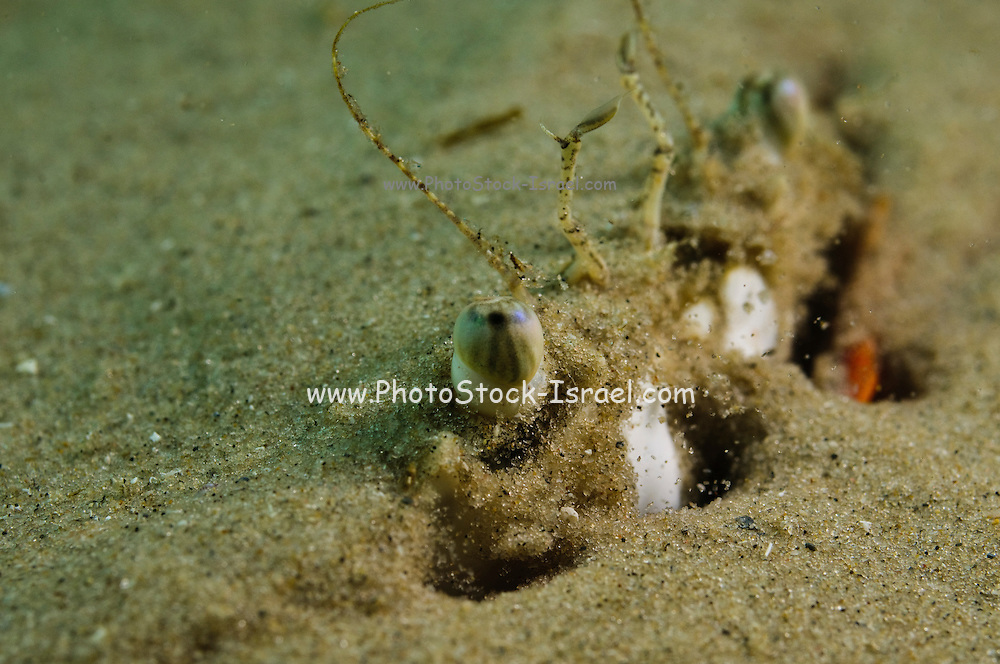