Common cuttlefish (Sepia officinalis) A cuttlefish is a carnivorous marine mollusc. It lives on the seabed and feeds at night on other small molluscs, as well as crustaceans and sometimes fish. It has eight tentacles, plus two additional tentacles of greater length used for hunting, mating, and for defence. Sharp suction rings on its tentacles are used to capture prey and bring it to the beak of its mouth at the centre of its tentacles. Siphons are used to squirt water to swim by propulsion and eject an ink cloud for defence. Its eyes and brain are well developed. Photographed of the shores of Israel in the Mediterranean Sea. 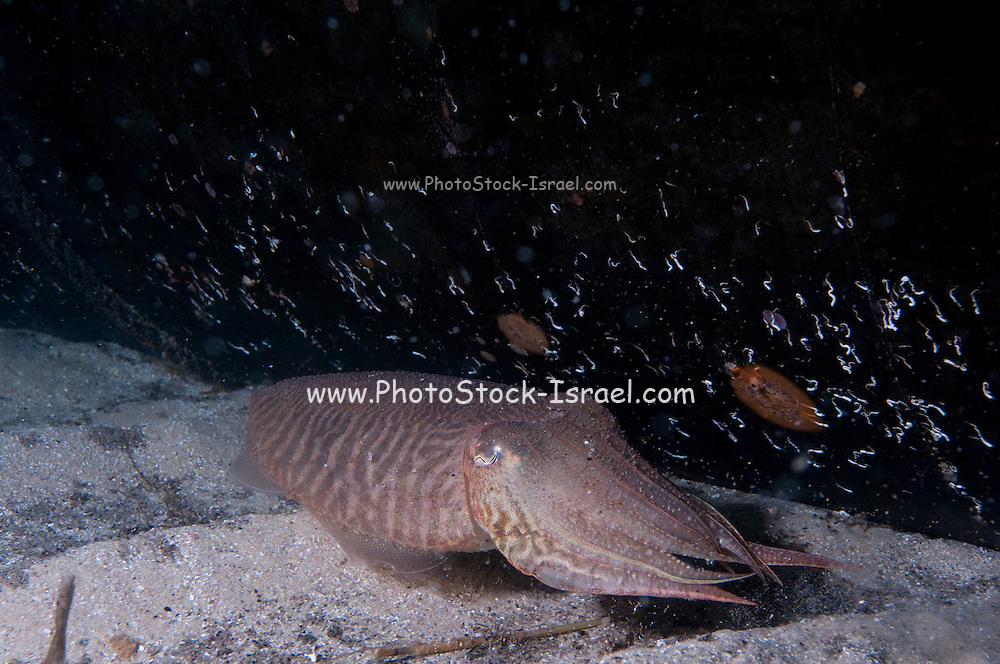