The white-breasted waterhen (Amaurornis phoenicurus) is a waterbird of the rail and crake family, Rallidae, that is widely distributed across South and Southeast Asia. They are dark slaty birds with a clean white face, breast and belly. They are somewhat bolder than most other rails and are often seen stepping slowly with their tail cocked upright in open marshes or even drains near busy roads. They are largely crepuscular in activity and during the breeding season, just after the first rains, make loud and repetitive croaking calls. 18th century watercolor painting by Elizabeth Gwillim. Lady Elizabeth Symonds Gwillim (21 April 1763 – 21 December 1807) was an artist married to Sir Henry Gwillim, Puisne Judge at the Madras high court until 1808. Lady Gwillim painted a series of about 200 watercolours of Indian birds. Produced about 20 years before John James Audubon, her work has been acclaimed for its accuracy and natural postures as they were drawn from observations of the birds in life. She also painted fishes and flowers. McGill University Library and Archives 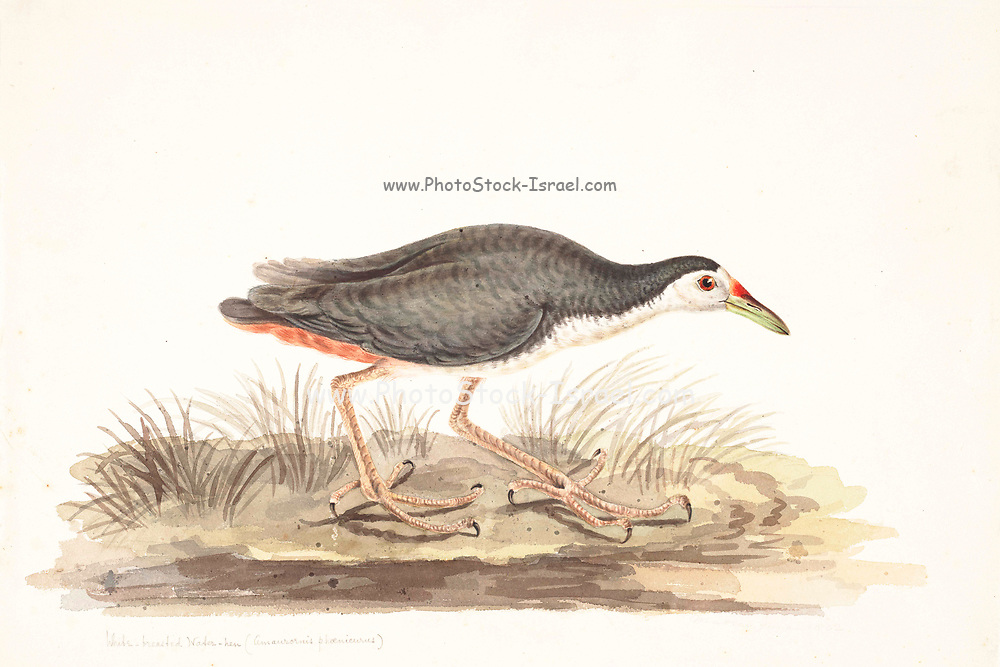