The Royal Albert Bridge is a railway bridge which spans the River Tamar in England between Plymouth, Devon and Saltash, Cornwall. from the book The life of Isambard Kingdom Brunel, civil engineer. By Isambard Brunel Published in London by Longmans, Green in 1870. Isambard Kingdom Brunel FRS MInstCE (9 April 1806 – 15 September 1859) was an English civil engineer who is considered "one of the most ingenious and prolific figures in engineering history," "one of the 19th-century engineering giants,"and "one of the greatest figures of the Industrial Revolution, [who] changed the face of the English landscape with his groundbreaking designs and ingenious constructions." Brunel built dockyards, the Great Western Railway (GWR), a series of steamships including the first propeller-driven transatlantic steamship, and numerous important bridges and tunnels. His designs revolutionised public transport and modern engineering. 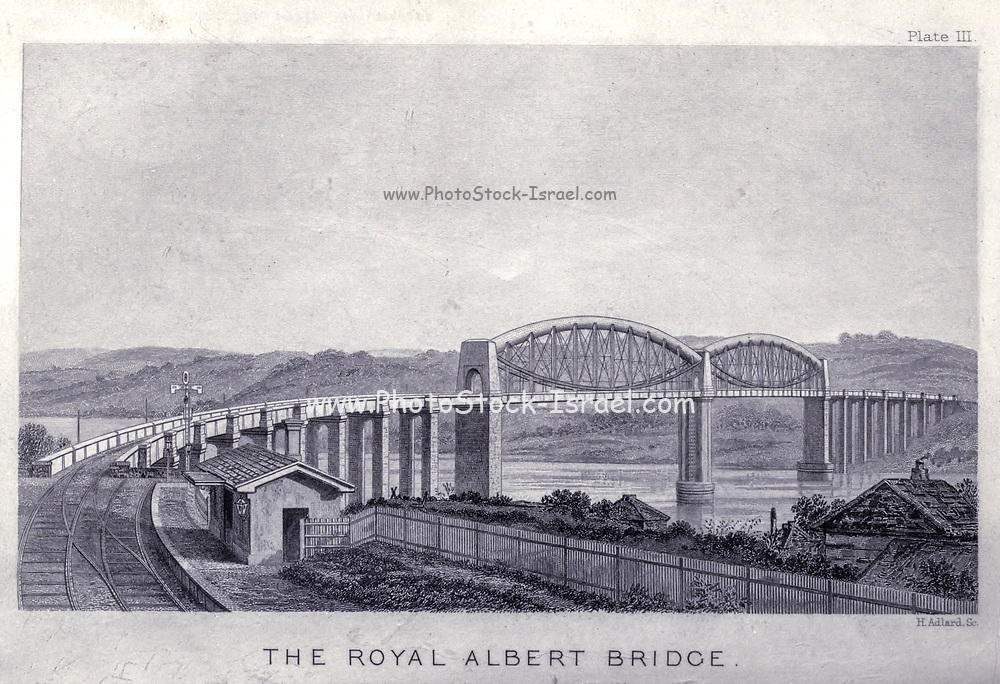