Lieutenant General Sir James Melville Babington [Here as Babbington] KCB, KCMG, DL (31 July 1854 – 15 June 1936) was a British Army officer and a renowned leader of cavalry, making a name for himself for his actions in the Second Boer War. He was Commander of the New Zealand Defence Force and one of the most respected British generals in the First World War, in command of the 23rd Division. After the war he was Commander of the British Forces in Italy. General Babington's image was chosen by Paul McCartney and used by the Beatles to depict the fictional "Sgt. Pepper" for the album Sgt. Pepper's Lonely Hearts Club Band in 1967. from the book ' Boer and Britisher in South Africa; a history of the Boer-British war and the wars for United South Africa, together with biographies of the great men who made the history of South Africa ' By Neville, John Ormond Published by Thompson & Thomas, Chicago, USA in 1900 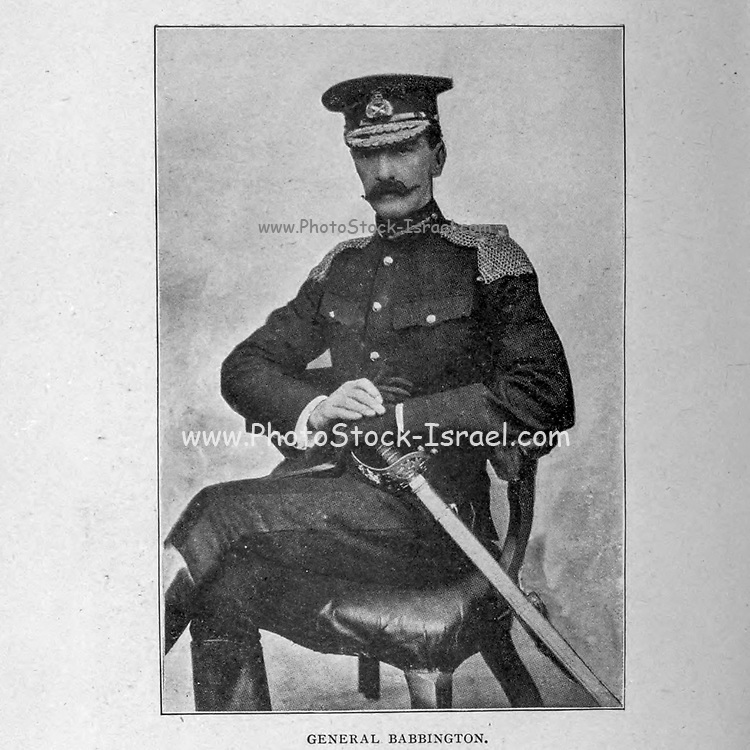