Mechanical Jacks Mechanics is the area of physics concerned with the motions of macroscopic objects. Forces applied to objects result in displacements, or changes of an object's position relative to its environment. This branch of physics has its origins in Ancient Greece with the writings of Aristotle and Archimedes. During the early modern period, scientists such as Galileo, Kepler, and Newton laid the foundation for what is now known as classical mechanics. It is a branch of classical physics that deals with particles that are either at rest or are moving with velocities significantly less than the speed of light. It can also be defined as a branch of science which deals with the motion of and forces on bodies not in the quantum realm. The field is today less widely understood in terms of quantum theory. Copperplate engraving From the Encyclopaedia Londinensis or, Universal dictionary of arts, sciences, and literature; Volume XIV; Edited by Wilkes, John. Published in London in 1816 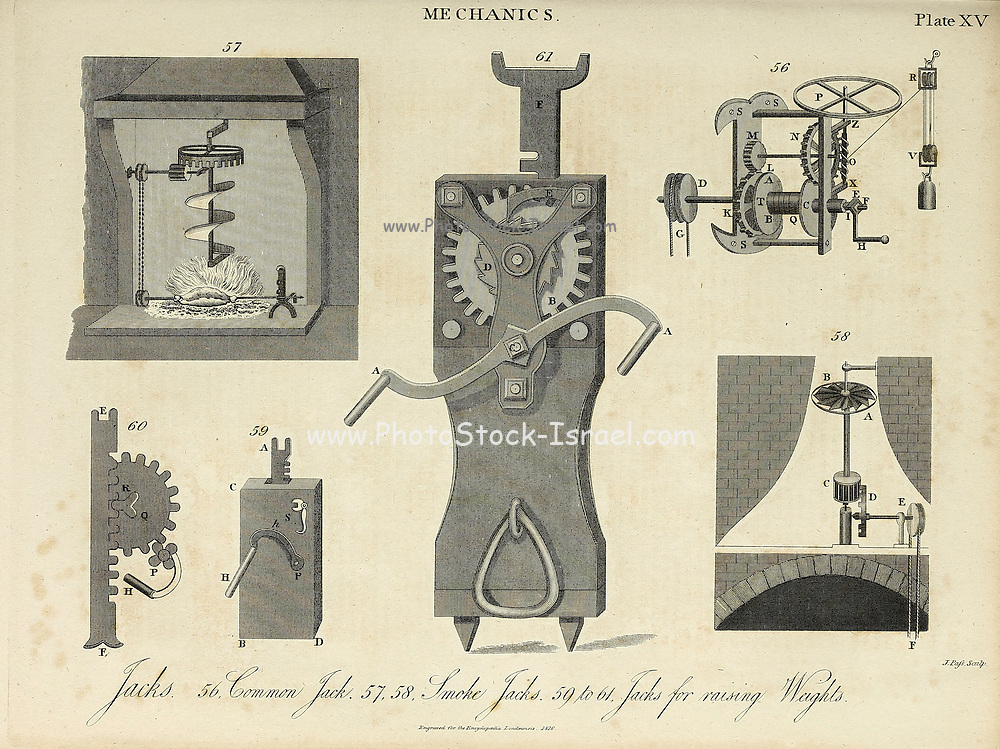