Israel, Jordan River, Near Jericho, Qasr al Yahud. The Greek Orthodox Church on the Jordanian side of the river January 18th 2008. Epiphany, the day of Jesus’ baptism, when “the heavens opened, and he saw the spirit of God descending like a dove and lighting on him.” Celebrated in January by the Greek Orthodox Church. The holy day transforms the area as thousands of pilgrims flock to what is one of the most sacred and least visited places in Israel. 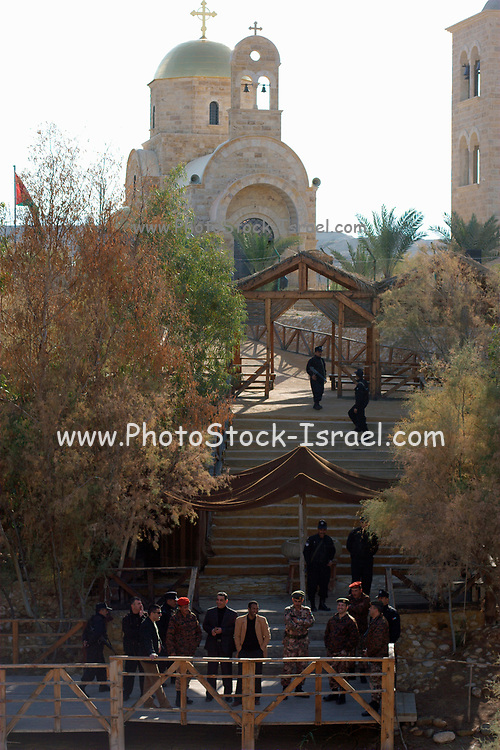