The Battle of Pyongyang

The Battle of Pyongyang [Phyongyang] was the second major land battle of the First Sino-Japanese War. It took place on 15 September 1894 in Pyongyang, Korea. From the book 'Scenes from the Japan-China War' by Inouye, Jukichi, 1862-1929; Yamamoto, Eiki, illustrator. Published in Tokyo in 1895 with English Text. The First Sino-Japanese War (25 July 1894 – 17 April 1895) was a conflict between the Qing dynasty of China and the Empire of Japan primarily over influence in Joseon Korea. After more than six months of unbroken successes by Japanese land and naval forces and the loss of the port of Weihaiwei, the Qing government sued for peace in February 1895. 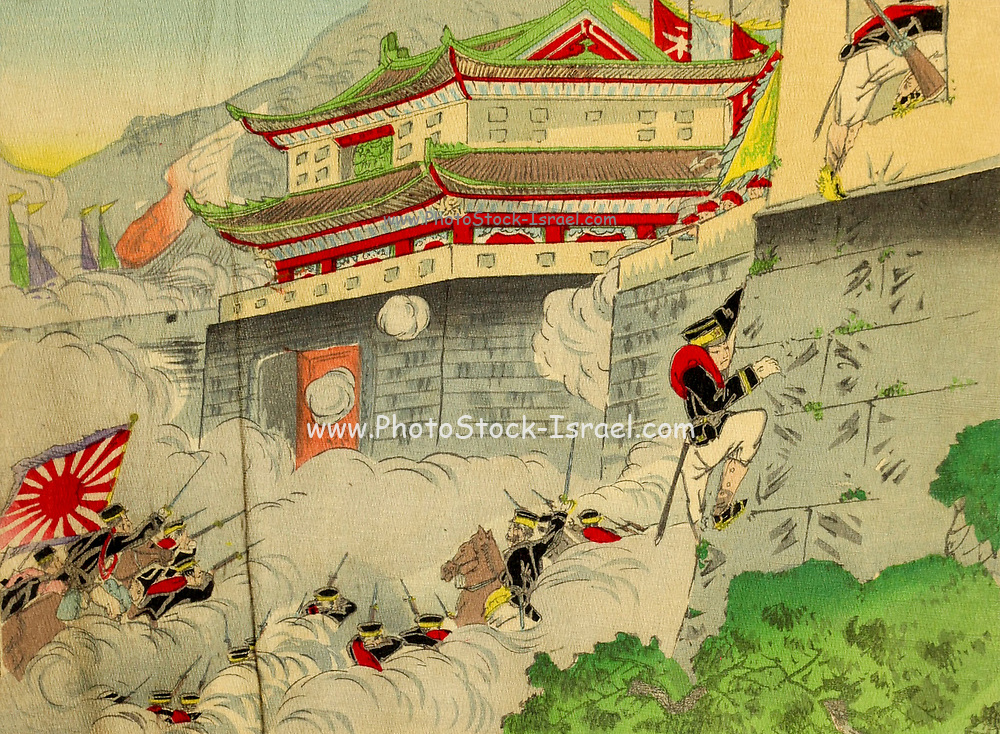