The coyote (Canis latrans) is a species of canine native to North America. It is smaller than its close relative, the wolf, and slightly smaller than the closely related eastern wolf and red wolf. It fills much of the same ecological niche as the golden jackal does in Eurasia, though it is larger and more predatory, and it is sometimes called the American jackal by zoologists. Other names for the species, largely historical, include the prairie wolf and the brush wolf. From the Book Dogs, Jackals, Wolves and Foxes A Monograph of The Canidae [from Latin, canis, "dog") is a biological family of dog-like carnivorans. A member of this family is called a canid] By George Mivart, F.R.S. with woodcuts and 45 coloured plates drawn from nature by J. G. Keulemans and Hand-Coloured. Published by R. H. Porter, London, 1890 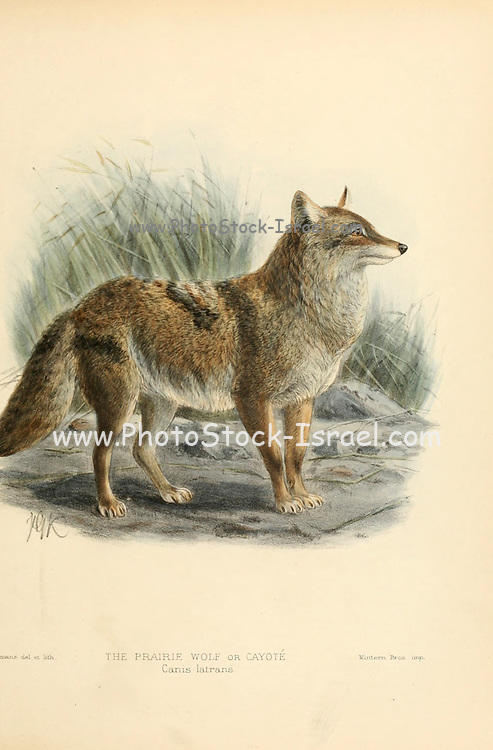