André-Marie Ampère (20 January 1775 – 10 June 1836) was a French physicist and mathematician who was one of the founders of the science of classical electromagnetism, which he referred to as "electrodynamics". He is also the inventor of numerous applications, such as the solenoid (a term coined by him) and the electrical telegraph. An autodidact, Ampère was a member of the French Academy of Sciences and professor at the École polytechnique and the Collège de France. The SI unit of measurement of electric current, the ampere, is named after him. His name is also one of the 72 names inscribed on the Eiffel Tower. From the Book Les merveilles de la science, ou Description populaire des inventions modernes [The Wonders of Science, or Popular Description of Modern Inventions] by Figuier, Louis, 1819-1894 Published in Paris 1867 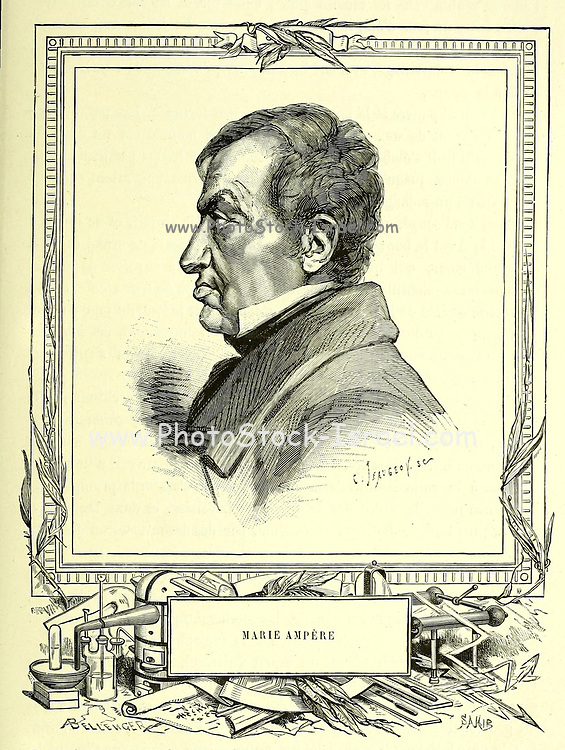