The Indian vulture (Gyps indicus) is an Old World vulture native to India, Pakistan and Nepal. It has been listed as Critically Endangered on the IUCN Red List since 2002, as the population severely declined. Indian vultures died of kidney failure caused by diclofenac poisoning.[1] It breeds mainly on hilly crags in central and peninsular India. 18th century watercolor painting by Elizabeth Gwillim. Lady Elizabeth Symonds Gwillim (21 April 1763 – 21 December 1807) was an artist married to Sir Henry Gwillim, Puisne Judge at the Madras high court until 1808. Lady Gwillim painted a series of about 200 watercolours of Indian birds. Produced about 20 years before John James Audubon, her work has been acclaimed for its accuracy and natural postures as they were drawn from observations of the birds in life. She also painted fishes and flowers. McGill University Library and Archives 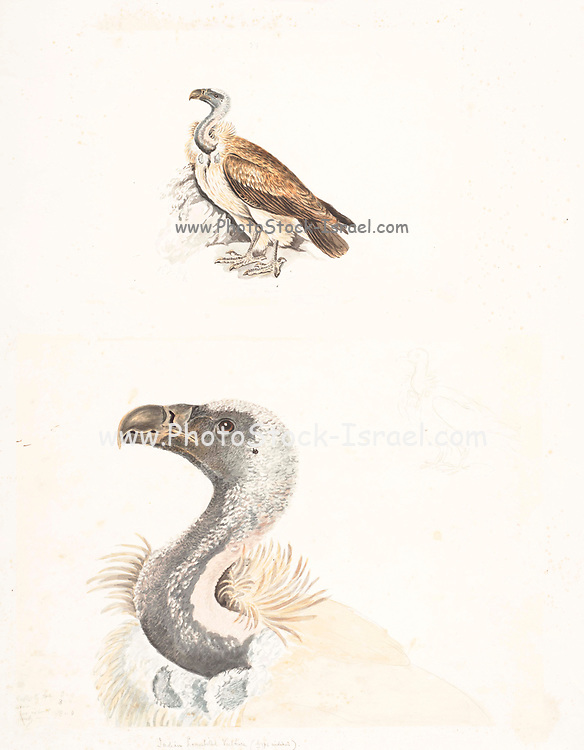