view out to sea from the Ancient fortifications, Ashkelon Nation

view out to sea from the Ancient fortifications, Ashkelon National park, Israel
Ashkelon is built upon the ruins of past civilizations. This was one of five Philistine city-states. The city also plays a role in biblical history as the place where Delilah cut Samson's hair to sap his strength. Ashkelon was also a great trading center because it lay along the Via Maris, the route linking Egypt with Syria and Mesopotamia. The city became a Christian city in the Byzantine period and was captured by the Muslims in 638 C.E. The Crusaders came next in 1153, but were defeated by Saladin. Richard the Lion Heart led the Crusaders back, but they were eventually driven out in 1280 by Sultan Baybars. The city was then abandoned until 1948 when the Jews of the new State of Israel began to rebuild it. 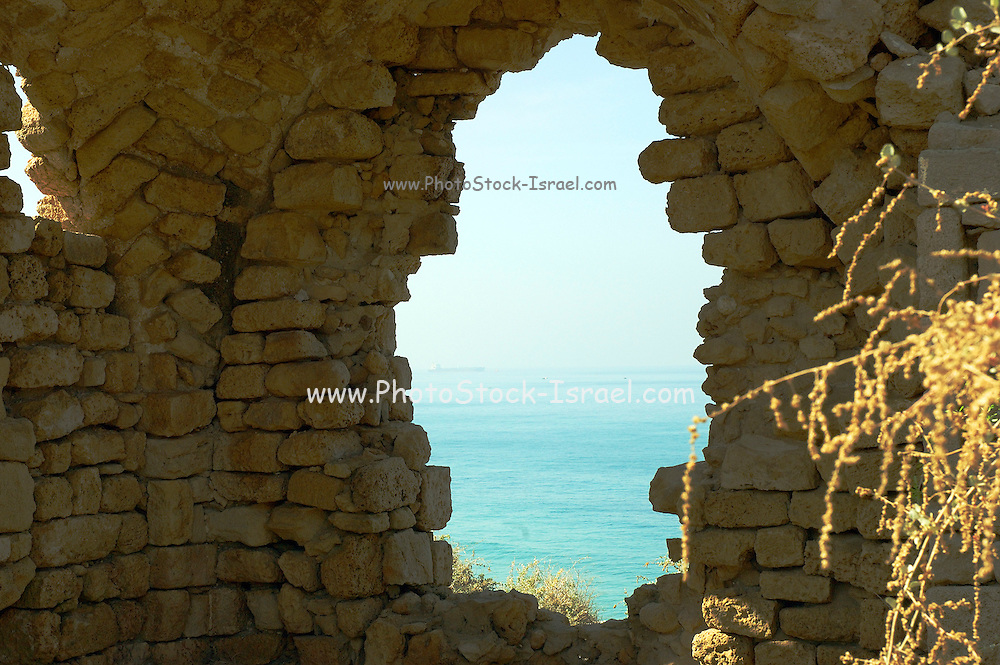