Field Marshal Garnet Joseph Wolseley, 1st Viscount Wolseley, KP, GCB, OM, GCMG, VD, PC (4 June 1833 – 25 March 1913) was an Anglo-Irish officer in the British Army. He became one of the most influential and admired British generals after a series of successes in Canada, West Africa, and Egypt, followed by a central role in modernizing the British Army in promoting efficiency. He served in Burma, the Crimean War, the Indian Mutiny, China, Canada and widely throughout Africa—including his Ashanti campaign (1873–1874) and the Nile Expedition against Mahdist Sudan in 1884–85. Wolseley served as Commander-in-Chief of the Forces from 1895 to 1900. His reputation for efficiency led to the late 19th century English phrase "everything's all Sir Garnet", meaning, "All is in order." From the Book ' Britain across the seas : Africa : a history and description of the British Empire in Africa ' by Johnston, Harry Hamilton, Sir, 1858-1927 Published in 1910 in London by National Society's Depository 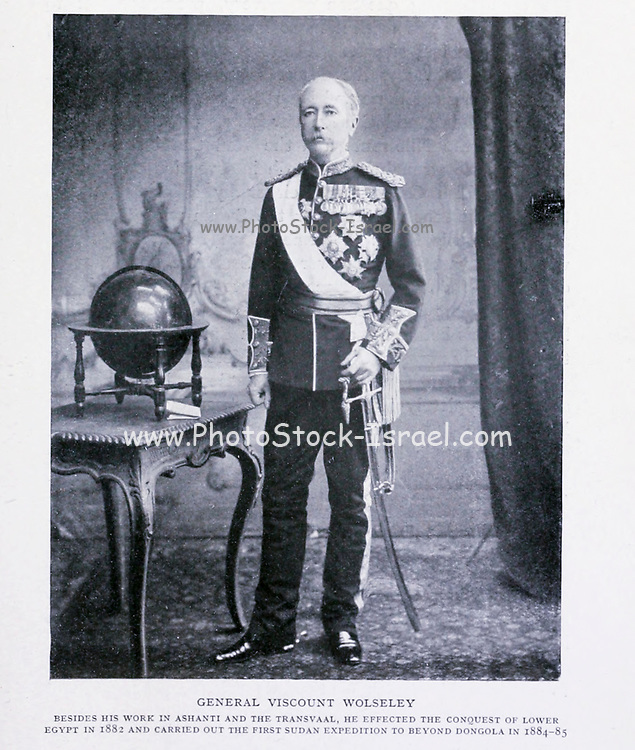