Machine colourised Berengaria of Navarre (c. 1165–1170 – 23 December 1230) was queen of England as the wife of Richard I (Richard Coeur de Lion, Lionheart) of England. She was the eldest daughter of Sancho VI of Navarre and Sancha of Castile. She did (unusually for the wife of a crusader) accompany her husband on the start of the Third Crusade, but mostly lived in his French possessions, where she gave generously to the church, despite difficulties in collecting the pension she was due from Richard's brother and successor John after she became a widow. From the book Heroines of the crusades by Bloss, Celestia Angenette, 1812-1855 Published by Auburn Alden, Beardsley, New York, 1853 Engraved by J.C. Buttre 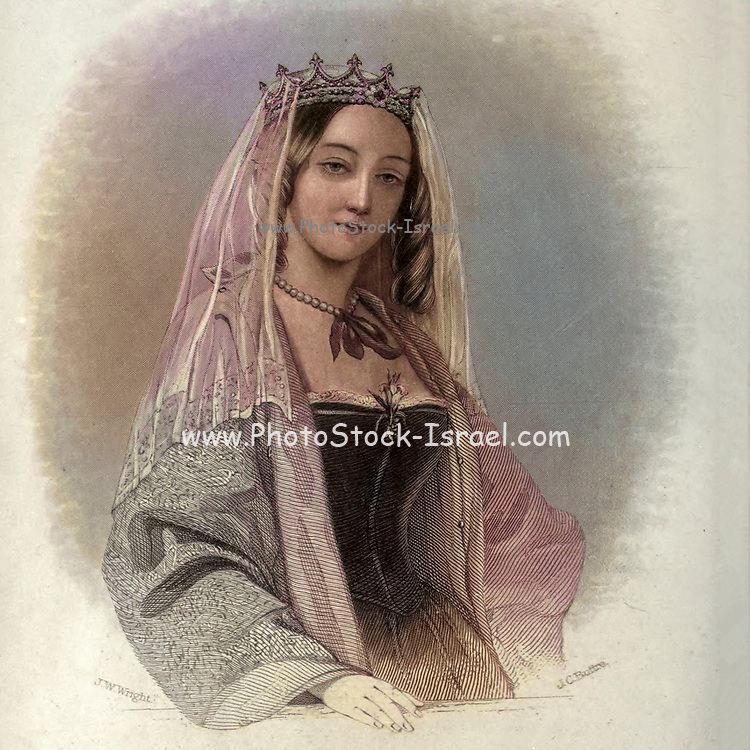