The Battle of Camperdown (known in Dutch as the Zeeslag bij Kamperduin) was a major naval action fought on 11 October 1797, between the British North Sea Fleet under Admiral Adam Duncan and a Batavian Navy (Dutch) fleet under Vice-Admiral Jan de Winter. The battle was the most significant action between British and Dutch forces during the French Revolutionary Wars and resulted in a complete victory for the British. By Thomas Whitcombe (possibly 19 May 1763 – c. 1824) was a prominent British maritime painter of the Napoleonic Wars. Among his work are over 150 actions of the Royal Navy, and he exhibited at the Royal Academy, the British Institution and the Royal Society of British Artists. His pictures are highly sought after today. 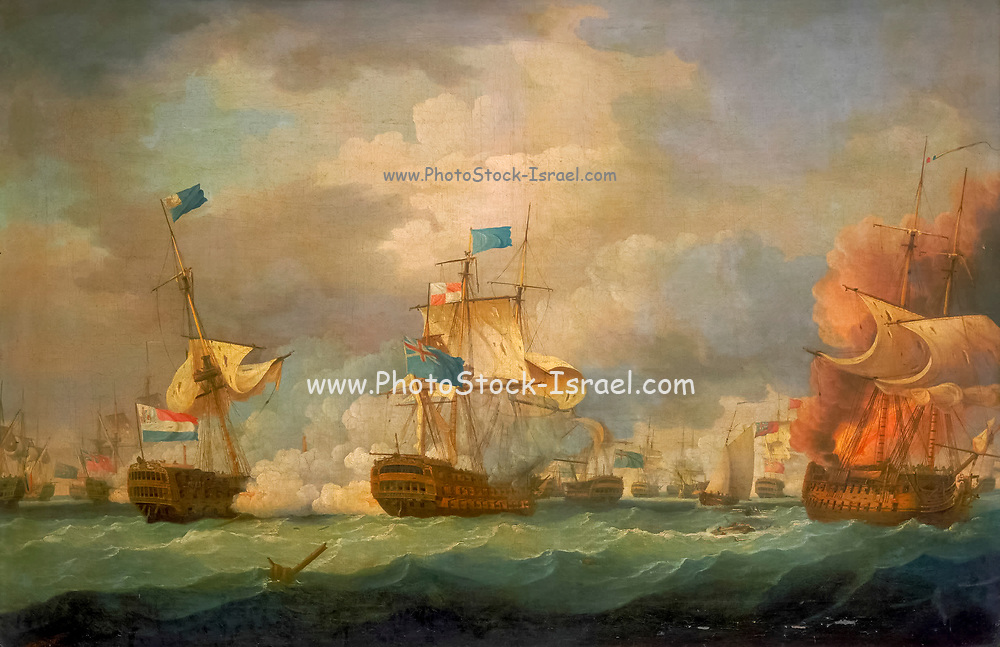