Human Anatomy The "Essai d'Anatomie" was produced by Gautier D'Agoty in 1745 in Paris, France. It is a remarkably detailed atlas of the head, neck, and shoulder areas of the human body with explanatory text in French. The anatomical images were based on human cadavers dissected by Joseph Duverney (1) and produced using the mezzotint method of engraving and printing. Mezzotint color engraving printing was invented by Jaques Christophe Le Blon in 1719. Mezzotint (from the Italian phrase "mezza tina" or "half tone") prints are produced by engraving a metal plate with numerous small holes that hold ink. When used to make a print, the engraved plate produces large areas of subtle shaded color tones. Since the mezzotint technique is quite labor-intensive, it fell out of favor by the 20th century, although it is still utilized by some artists. Most often used to reproduce paintings by famous artists, mezzotint printing was rarely used for original works of art, making the "Essai d'Anatomie" a work of great scientific and artistic significance. 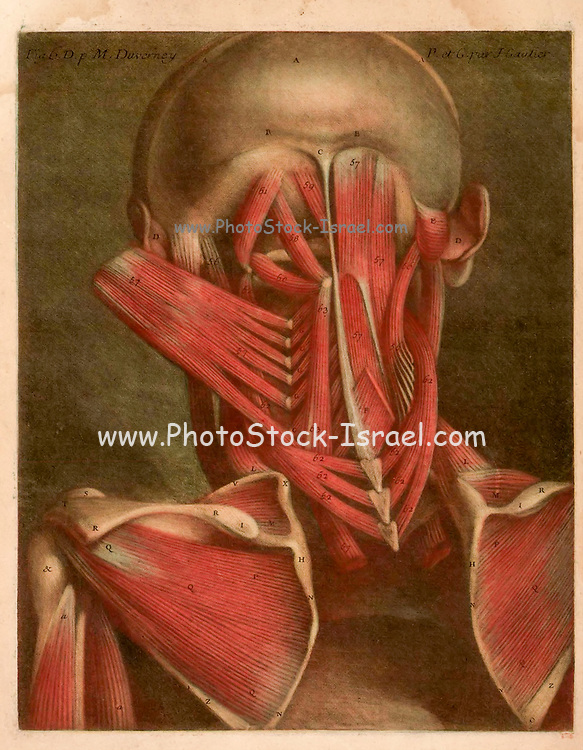