Captain James Cook FRS (7 November 1728[NB 1] – 14 February 1779) was a British explorer, navigator, cartographer, and captain in the British Royal Navy, famous for his three voyages between 1768 and 1779 in the Pacific Ocean and to Australia in particular. He made detailed maps of Newfoundland prior to making three voyages to the Pacific, during which he achieved the first recorded European contact with the eastern coastline of Australia and the Hawaiian Islands, and the first recorded circumnavigation of New Zealand. Copperplate engraving From the Encyclopaedia Londinensis or, Universal dictionary of arts, sciences, and literature; Volume V; Edited by Wilkes, John. Published in London in 1810 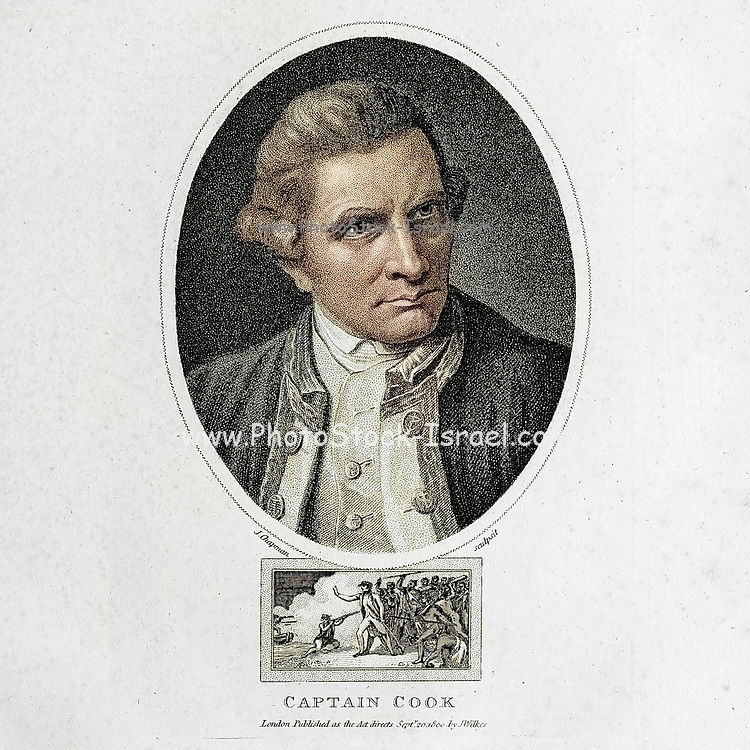