Attila king of the Huns

Portrait of Attila the Hun [Attila (c. 406–453), frequently called Attila the Hun, was the ruler of the Huns from 434 until his death in March 453. He was also the leader of a tribal empire consisting of Huns, Ostrogoths, and Alans among others, in Central and Eastern Europe. During his reign, he was one of the most feared enemies of the Western and Eastern Roman Empires]. Copperplate engraving by J. Chapman From the Encyclopaedia Londinensis or, Universal dictionary of arts, sciences, and literature; Volume X; Edited by Wilkes, John. Published in London in 1811 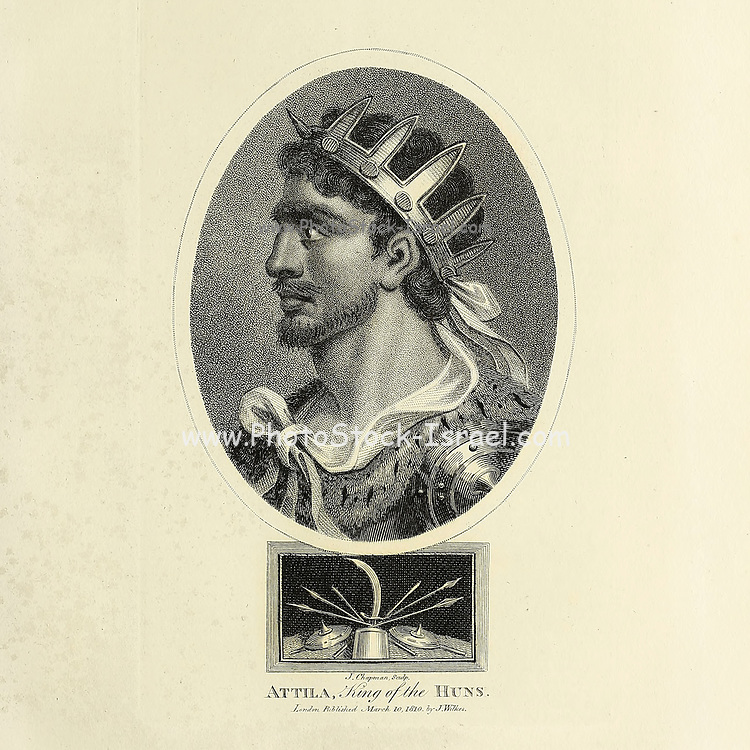