A Chinese lady presiding in her garden retreat

A Chinese lady presiding in her garden retreat: she is precluded by her exalted rank from any occupation but smoking ; and, except in holding her silk purse, or occasionally waving the fan, appears to have no use for her fingers. The dignity of her birth is sufficiently attested by the Lilliputian shoe. The practice of compressing the female foot is peculiar to the Chinese, and its origin has hitherto baffled all the efforts of industry and curiosity: it has been commonly attributed to jealousy ; but that passion is at least equally powerful in Turkey and Hindostan, where it has produced no analogous absurdity. The liberty of the Chinese ladies in reality is not abridged by their lameness ; they can saunter in the garden; they are permitted to go abroad in palanquins; and are in general even less restricted than other Asiatic females. colour print from the book ' A Picturesque Voyage to India by Way of China ' by Thomas Daniell, R.A. and William Daniell, A.R.A. London : Printed for Longman, Hurst, Rees, and Orme, and William Daniell by Thomas Davison, 1810. The Daniells' original watercolors for the scenes depicted herein are now at the Yale Center for British Art, Department of Rare Books and Manuscripts, 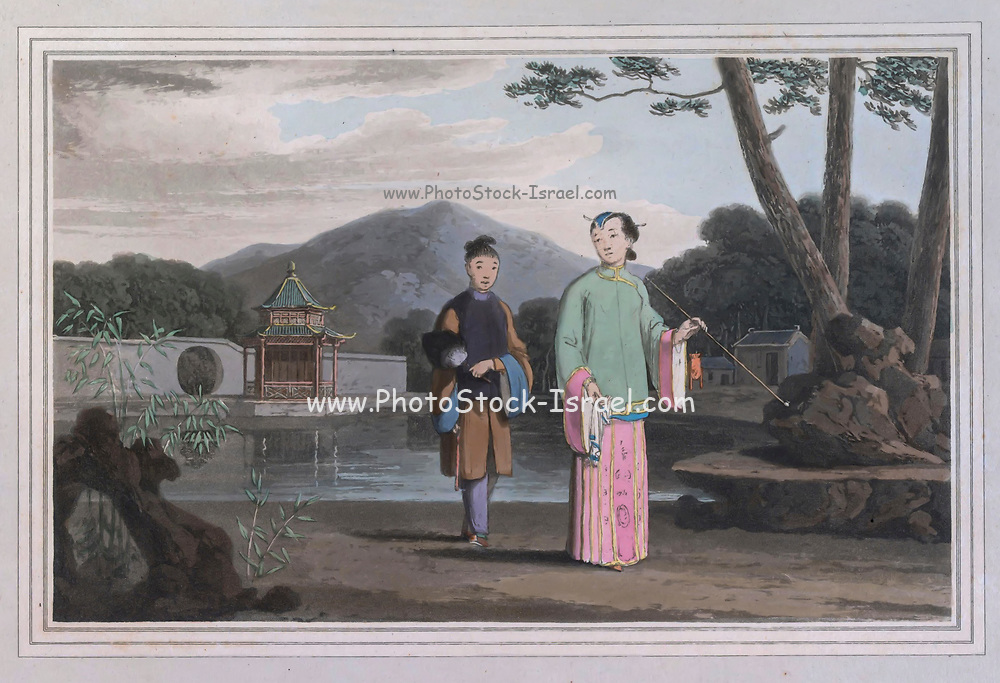