Eurasian beaver (Castor fiber) or European beaver is a beaver species that was once widespread in Eurasia, but was hunted to near-extinction for both its fur and castoreum. At the turn of the 20th century, only about 1,200 beavers survived in eight relict populations in Europe and Asia. It has been reintroduced to much of its former range, and now occurs from Spain, Central Europe, Great Britain and Scandinavia to a few regions in China and Mongolia. It is listed as least concern on the IUCN Red List, as it recovered well in most of Europe. It is extinct in Portugal, Moldova, and Turkey. from the book ' Animal portraiture ' by Richard Lydekker, and illustrated by Wilhelm Kuhnert, Published in London by Frederick Warne & Co. in 1912 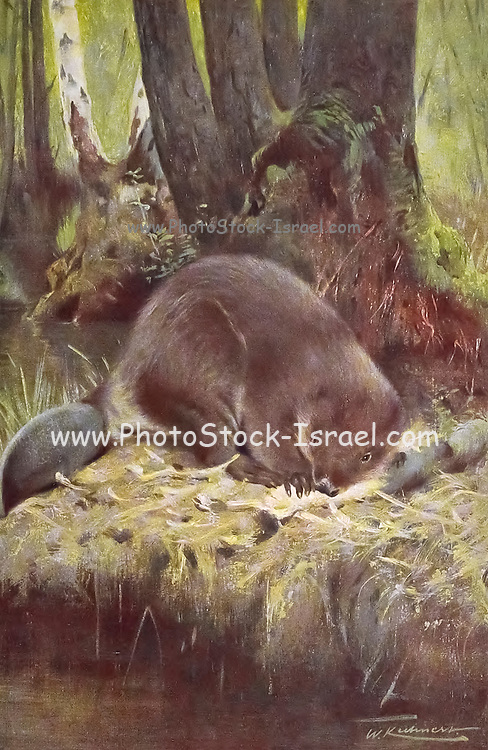