Magnetism is a class of physical phenomena that are mediated by magnetic fields. Electric currents and the magnetic moments of elementary particles give rise to a magnetic field, which acts on other currents and magnetic moments. Magnetism is one aspect of the combined phenomenon of electromagnetism. The most familiar effects occur in ferromagnetic materials, which are strongly attracted by magnetic fields and can be magnetized to become permanent magnets, producing magnetic fields themselves. Demagnetizing a magnet is also possible. Only a few substances are ferromagnetic; the most common ones are iron, cobalt and nickel and their alloys. The prefix ferro- refers to iron, because permanent magnetism was first observed in lodestone, a form of natural iron ore called magnetite, Fe3O4. Copperplate engraving From the Encyclopaedia Londinensis or, Universal dictionary of arts, sciences, and literature; Volume XIV; Edited by Wilkes, John. Published in London in 1816 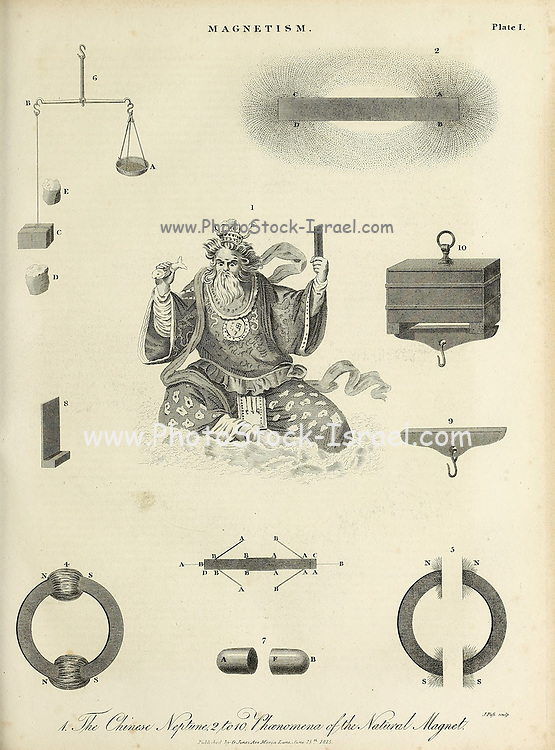