The harbor (or harbour) seal (Phoca vitulina), also known as the common seal, is a true seal found along temperate and Arctic marine coastlines of the Northern Hemisphere. The most widely distributed species of pinniped (walruses, eared seals, and true seals), they are found in coastal waters of the northern Atlantic, Pacific Oceans, Baltic and North Seas. from the book ' Animal portraiture ' by Richard Lydekker, and illustrated by Wilhelm Kuhnert, Published in London by Frederick Warne & Co. in 1912 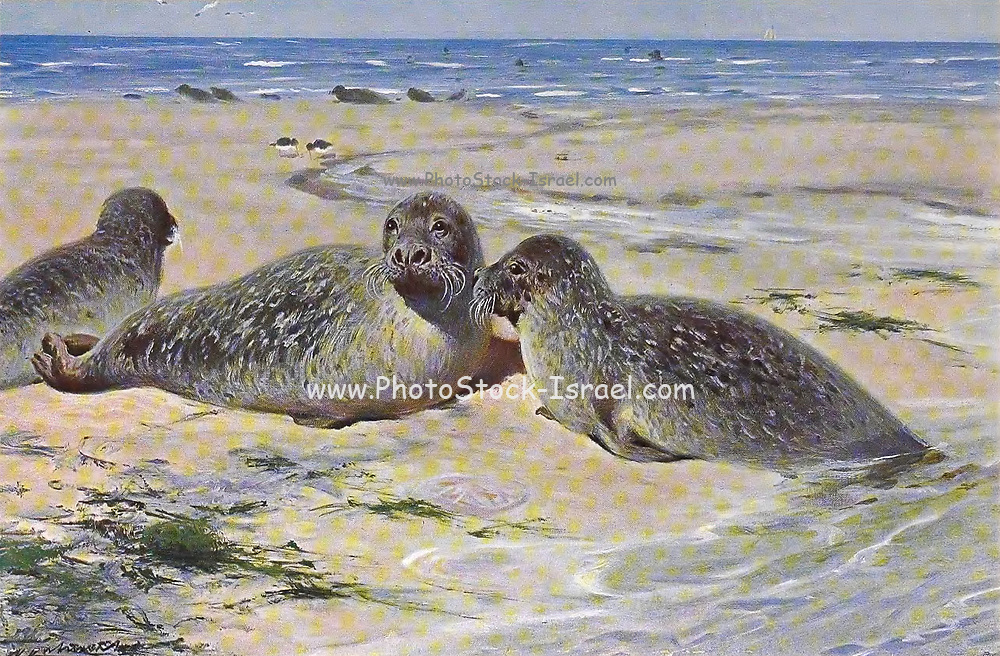