The Indian paradise flycatcher (Terpsiphone paradisi) is a medium-sized passerine bird native to Asia, where it is widely distributed. It is native to the Indian subcontinent, Central Asia and Myanmar. Males have elongated central tail feathers, and a black and rufous plumage in some populations, while others have white plumage. Females are short-tailed with rufous wings and a black head. Indian paradise flycatchers feed on insects, which they capture in the air often below a densely canopied tree. 18th century watercolor painting by Elizabeth Gwillim. Lady Elizabeth Symonds Gwillim (21 April 1763 – 21 December 1807) was an artist married to Sir Henry Gwillim, Puisne Judge at the Madras high court until 1808. Lady Gwillim painted a series of about 200 watercolours of Indian birds. Produced about 20 years before John James Audubon, her work has been acclaimed for its accuracy and natural postures as they were drawn from observations of the birds in life. She also painted fishes and flowers. McGill University Library and Archives 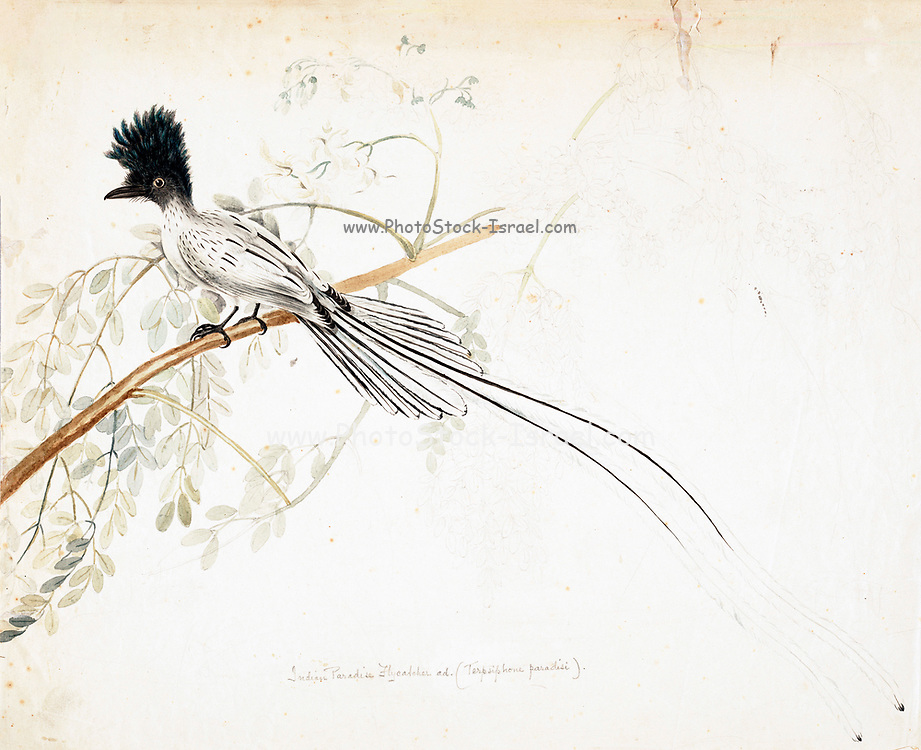