Alfred the Great (848/9 – 26 October 899) was king of the West Saxons from 871 to c. 886 and king of the Anglo-Saxons from c. 886 to 899. After ascending the throne, Alfred spent several years fighting Viking invasions. He won a decisive victory in the Battle of Edington in 878 and made an agreement with the Vikings, creating what was known as the Danelaw in the North of England. Alfred also oversaw the conversion of Viking leader Guthrum to Christianity. He defended his kingdom against the Viking attempt at conquest, becoming the dominant ruler in England Copperplate engraving From the Encyclopaedia Londinensis or, Universal dictionary of arts, sciences, and literature; Volume I; Edited by Wilkes, John. Published in London in 1810 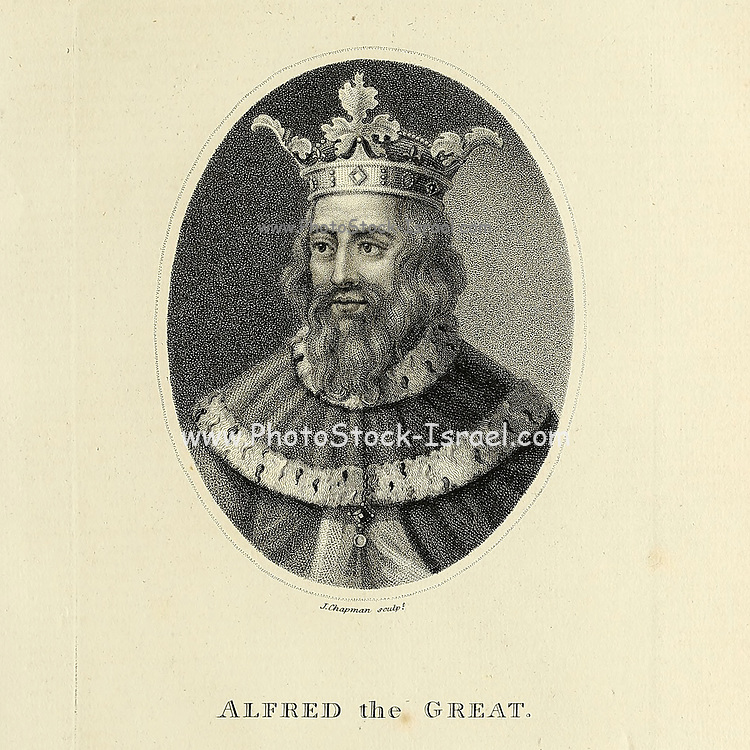