Granville Sharp (10 November 1735 – 6 July 1813) was one of the first British campaigners for the abolition of the slave trade. He also involved himself in trying to correct other social injustices. Sharp formulated the plan to settle black people in Sierra Leone, and founded the St George's Bay Company, a forerunner of the Sierra Leone Company. His efforts led to both the founding of the Province of Freedom, and later on Freetown, Sierra Leone, and so he is considered to be one of the founding fathers of Sierra Leone. He was also a biblical scholar, a classicist, and a talented musician. Copperplate engraving From the Encyclopaedia Londinensis or, Universal dictionary of arts, sciences, and literature; Volume XXIII; Edited by Wilkes, John. Published in London in 1828 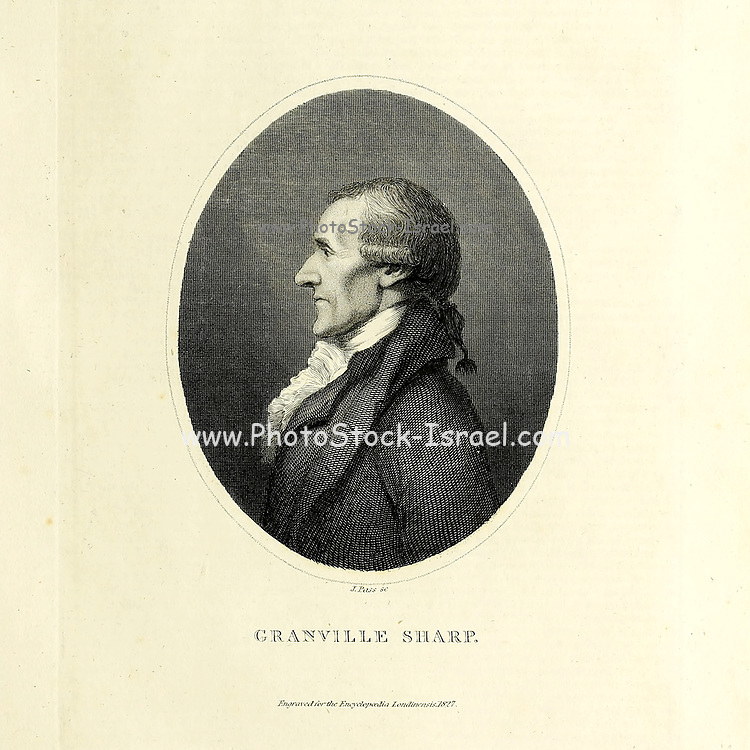