roe deer (Capreolus capreolus here as Capreolus caprea), also known as the roe, western roe deer or European roe, is a species of deer. The male of the species is sometimes referred to as a roebuck. The roe is a small deer, reddish and grey-brown, and well-adapted to cold environments. The species is widespread in Europe, from the Mediterranean to Scandinavia, from Scotland to the Caucasus, and east to northern Iran and Iraq. from the book ' Animal portraiture ' by Richard Lydekker, and illustrated by Wilhelm Kuhnert, Published in London by Frederick Warne & Co. in 1912 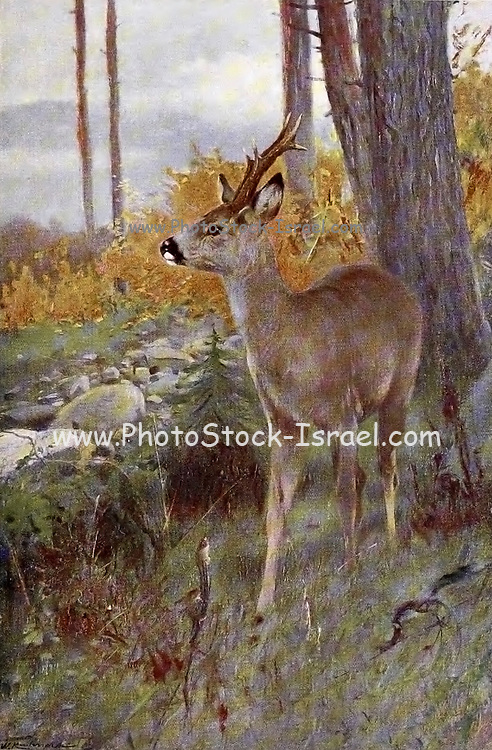