Sir Henry Morton Stanley GCB (born John Rowlands; 28 January 1841 – 10 May 1904) was a Welsh-American journalist, explorer, soldier, colonial administrator, author and politician who was famous for his exploration of central Africa and his search for missionary and explorer David Livingstone, whom he later claimed to have greeted with the now-famous line: "Dr Livingstone, I presume?". He is mainly known for his search for the source of the Nile, work he undertook as an agent of King Leopold II of Belgium, which enabled the occupation of the Congo Basin region, and for his command of the Emin Pasha Relief Expedition. He was knighted in 1897. From the Book ' Britain across the seas : Africa : a history and description of the British Empire in Africa ' by Johnston, Harry Hamilton, Sir, 1858-1927 Published in 1910 in London by National Society's Depository 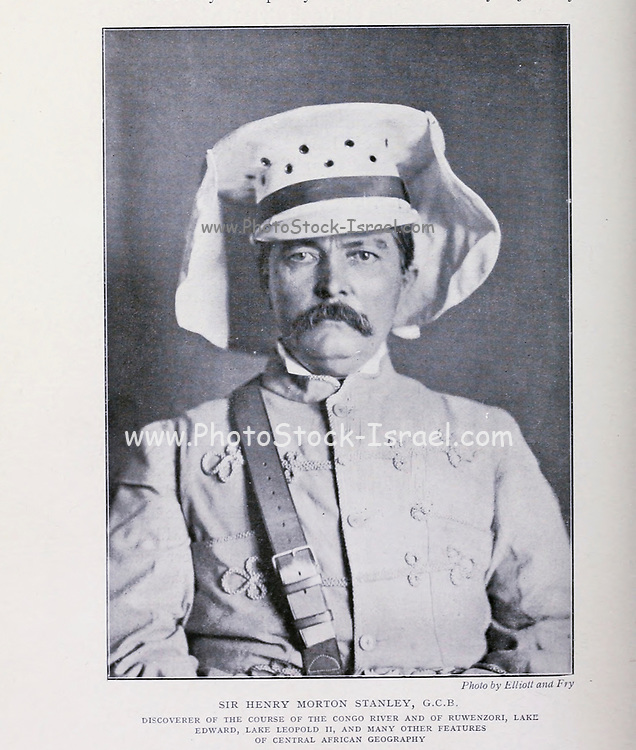