Family around the sedder table

Jewush family around the Traditional sedder table set for a Jewish Festive meal on Passover (transliterated as Pesach or Pesah), also called chag HaMatzot - Festival of Matzot is a Jewish holiday beginning on the 15th day of Nisan, which falls in the early spring and commemorates the Exodus and freedom of the Israelites from ancient Egypt. Passover marks the birth of the Jewish nation, as the Jews were freed from being slaves of Pharaoh and allowed to become servants of God instead. 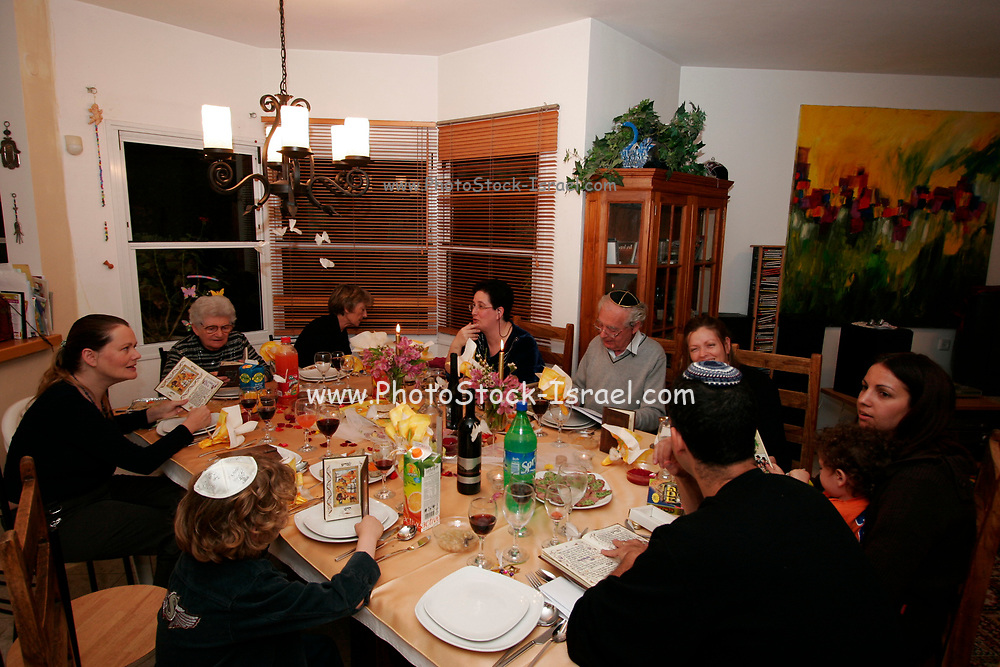