B1R ES SEBA', THE SITE OF BEERSHEBA. The ancient wells can still be traced, and two of them are serviceable; but the city has ceased to exist. In the distance may be seen an encampment of the Tiyaheh Arabs. In the foreground a woman is asking alms of the artist's travelling attendants. Wood engraving of from 'Picturesque Palestine, Sinai and Egypt' by Wilson, Charles William, Sir, 1836-1905; Lane-Poole, Stanley, 1854-1931 Volume 3. Published in by J. S. Virtue and Co 1883 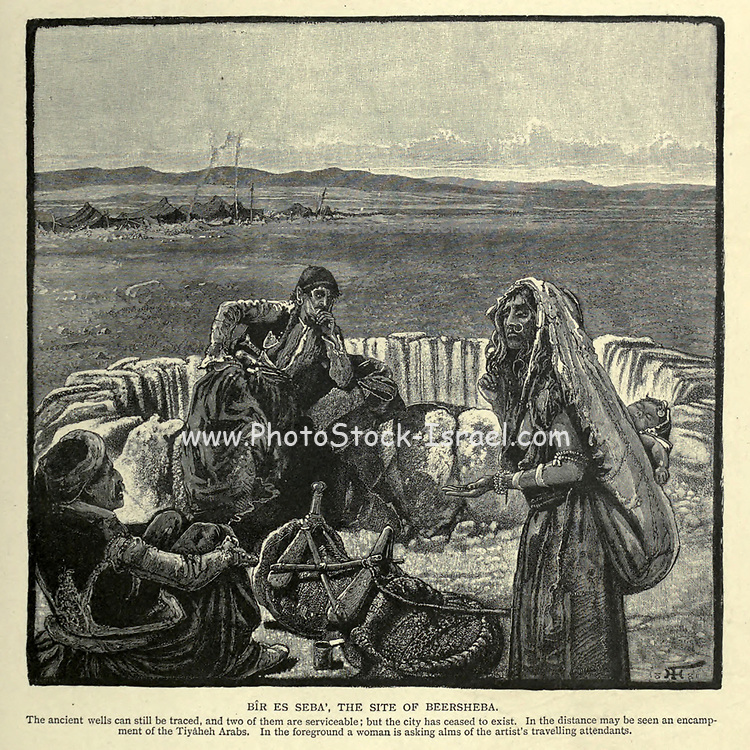