Themistocles ("Glory of the Law" c. 524–459 BC) was an Athenian politician and general. He was one of a new breed of non-aristocratic politicians who rose to prominence in the early years of the Athenian democracy. As a politician, Themistocles was a populist, having the support of lower-class Athenians, and generally being at odds with the Athenian nobility. Elected archon in 493 BC, he convinced the polis to increase the naval power of Athens, a recurring theme in his political career. During the first Persian invasion of Greece he fought at the Battle of Marathon (490 BC) and was possibly one of the ten Athenian strategoi (generals) in that battle. Copperplate engraving From the Encyclopaedia Londinensis or, Universal dictionary of arts, sciences, and literature; Volume VIII; Edited by Wilkes, John. Published in London in 1810. 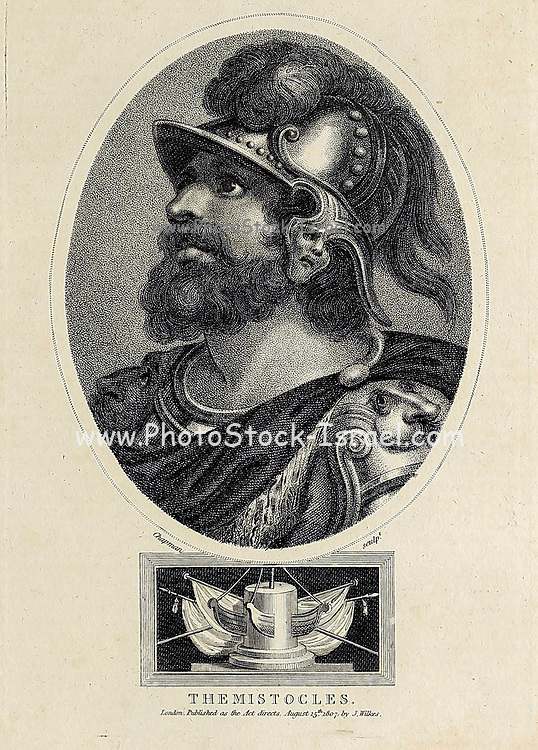