Battle Between the Monitor and Merrimac

Battle of the Monitor and Merrimack, also called Battle of Hampton Roads, (March 9, 1862), in the American Civil War, naval engagement at Hampton Roads, Virginia, a harbour at the mouth of the James River, notable as history's first duel between ironclad warships and the beginning of a new era of naval warfare. Color artwork painting from the book ' The Civil war through the camera ' hundreds of vivid photographs actually taken in Civil war times, sixteen reproductions in color of famous war paintings. The new text history by Henry W. Elson. A. complete illustrated history of the Civil war 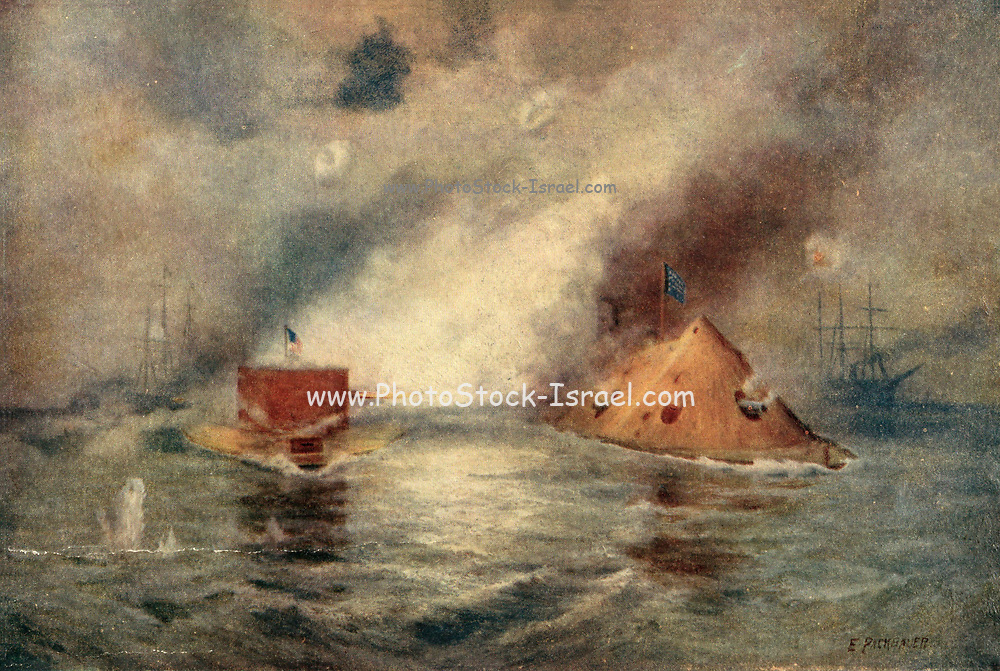