The brown bear (Ursus arctos here as Ursus arctus) is a large bear species found across Eurasia and North America. In North America, the populations of brown bears are called grizzly bears, while the subspecies that inhabits the Kodiak Islands of Alaska is known as the Kodiak bear. It is one of the largest living terrestrial members of the order Carnivora, rivaled in size only by its closest relative, the polar bear (Ursus maritimus), which is much less variable in size and slightly bigger on average.[3][4][5][6][7] The brown bear's range includes parts of Russia, Central Asia, China, Canada, the United States, Hokkaido, Scandinavia, the Balkans, the Picos de Europa and the Carpathian region (especially Romania), Iran, Anatolia, and the Caucasus. from the book ' Animal portraiture ' by Richard Lydekker, and illustrated by Wilhelm Kuhnert, Published in London by Frederick Warne & Co. in 1912 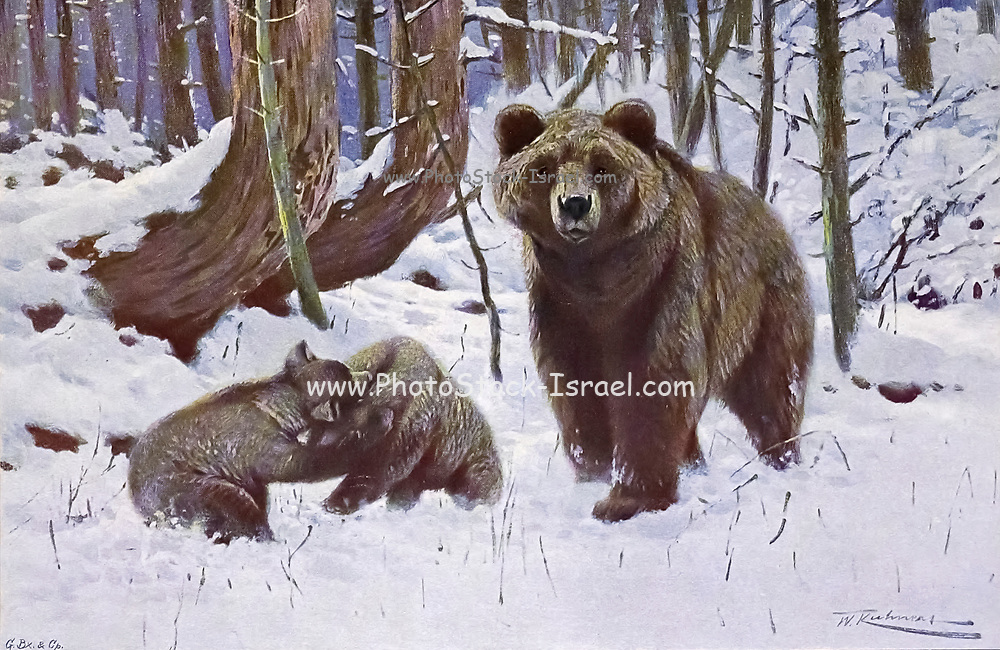