THE Malay doosoonis or villages are frequently situated on the borders of a lake, and generally command an eminence difficult of access. colour print from the book ' A Picturesque Voyage to India by Way of China ' by Thomas Daniell, R.A. and William Daniell, A.R.A. London : Printed for Longman, Hurst, Rees, and Orme, and William Daniell by Thomas Davison, 1810. The Daniells' original watercolors for the scenes depicted herein are now at the Yale Center for British Art, Department of Rare Books and Manuscripts, 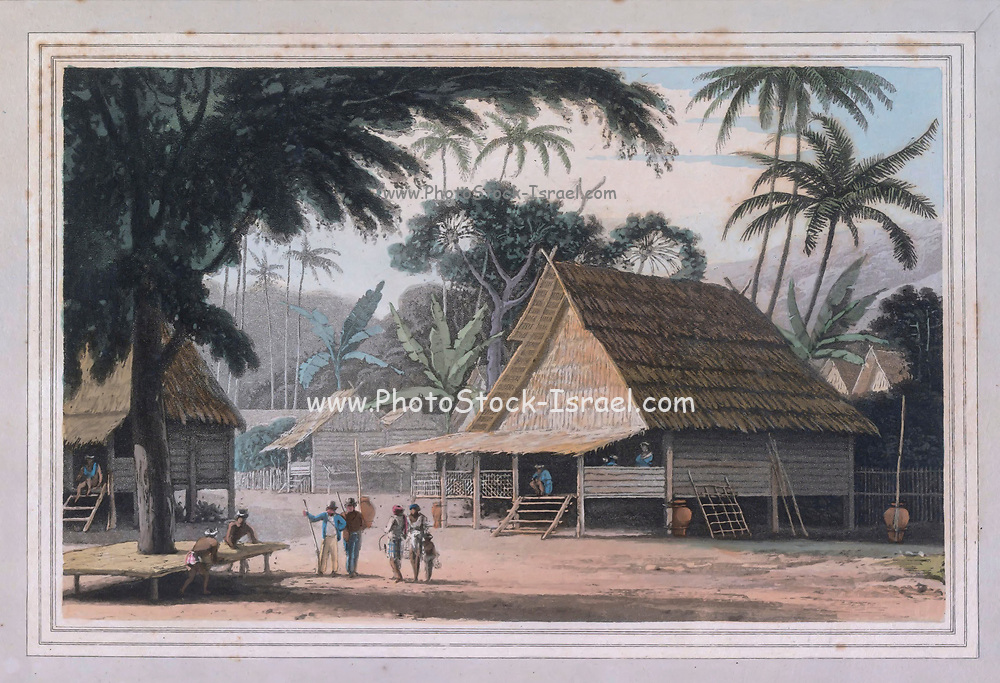