William I or Wilhelm I (22 March 1797 – 9 March 1888) of the House of Hohenzollern was King of Prussia from 2 January 1861 until his death. William I was the first head of state of a united Germany, and was also de facto head of state of Prussia from 1858 to 1861, serving as regent for his brother, Frederick William IV. from the book Sights and sensations in Europe : sketches of travel and adventure in England, Ireland, France, Spain, Portugal, Germany, Switzerland, Italy, Austria, Poland, Hungary, Holland, and Belgium : with an account of the places and persons prominent in the Franco-German war by Browne, Junius Henri, 1833-1902 Published by Hartford, Conn. : American Pub. Co. ; San Francisco, in 1871 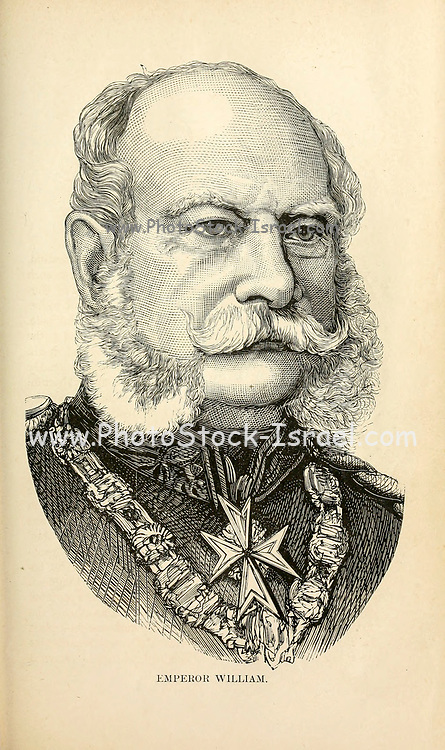