Portrait of Napoleon III (Charles Louis Napoléon Bonaparte; 20 April 1808 – 9 January 1873) was the first President of France (as Louis-Napoléon Bonaparte) from 1848 to 1852 and Emperor of the French from 1852 to 1870. A nephew of Napoleon I, he was the last monarch to reign over France. Elected to the presidency of the Second Republic in 1848, he seized power by force in 1851, when he could not constitutionally be reelected; he later proclaimed himself Emperor of the French. from the book Sights and sensations in Europe : sketches of travel and adventure in England, Ireland, France, Spain, Portugal, Germany, Switzerland, Italy, Austria, Poland, Hungary, Holland, and Belgium : with an account of the places and persons prominent in the Franco-German war by Browne, Junius Henri, 1833-1902 Published by Hartford, Conn. : American Pub. Co. ; San Francisco, in 1871 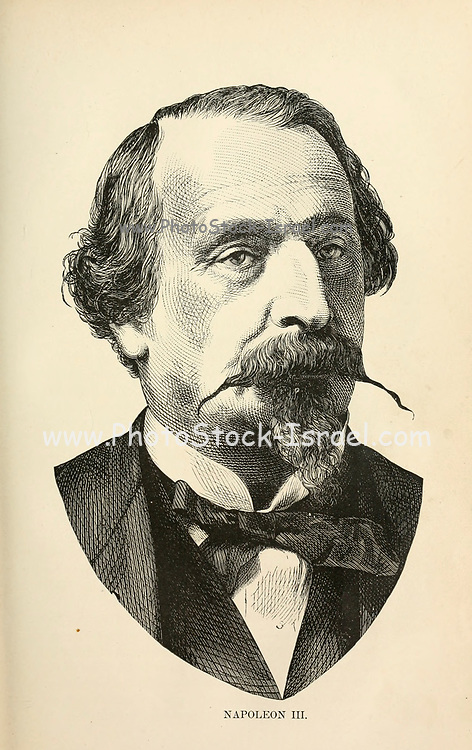