General MacMahon Marie Edme Patrice Maurice de MacMahon, marquis de MacMahon, duc de Magenta (13 June 1808 – 17 October 1893) was a French general and politician, with the distinction of Marshal of France. He served as Chief of State of France from 1873 to 1875 and as President of France, from 1875 to 1879. from the book Sights and sensations in Europe : sketches of travel and adventure in England, Ireland, France, Spain, Portugal, Germany, Switzerland, Italy, Austria, Poland, Hungary, Holland, and Belgium : with an account of the places and persons prominent in the Franco-German war by Browne, Junius Henri, 1833-1902 Published by Hartford, Conn. : American Pub. Co. ; San Francisco, in 1871 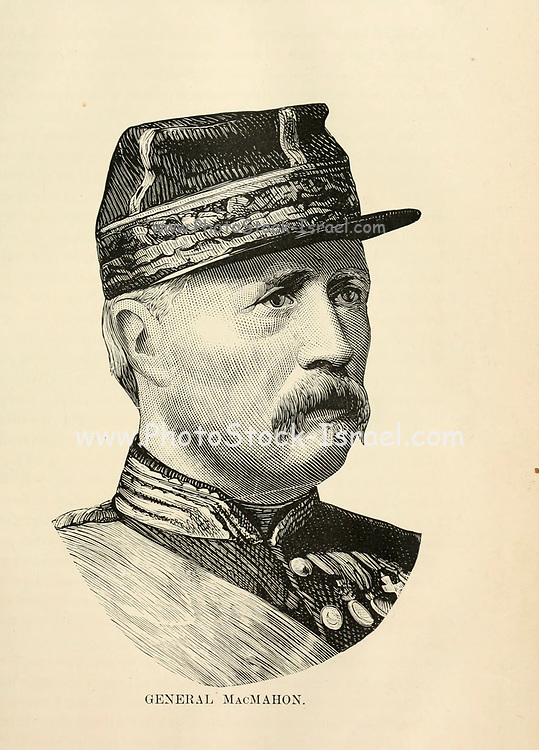