SOUTH-WEST VIEW OF CANTON THE vicinity of the mountains contributes materially to the salubrity of Canton, which, like Pekin, is several miles in circumference. It is the most considerable port in China, and almost the only place accessible to strangers. There is a large part even of Canton, called the Tartarean city, that no foreigner is permitted to enter. colour print from the book ' A Picturesque Voyage to India by Way of China ' by Thomas Daniell, R.A. and William Daniell, A.R.A. London : Printed for Longman, Hurst, Rees, and Orme, and William Daniell by Thomas Davison, 1810. The Daniells' original watercolors for the scenes depicted herein are now at the Yale Center for British Art, Department of Rare Books and Manuscripts, 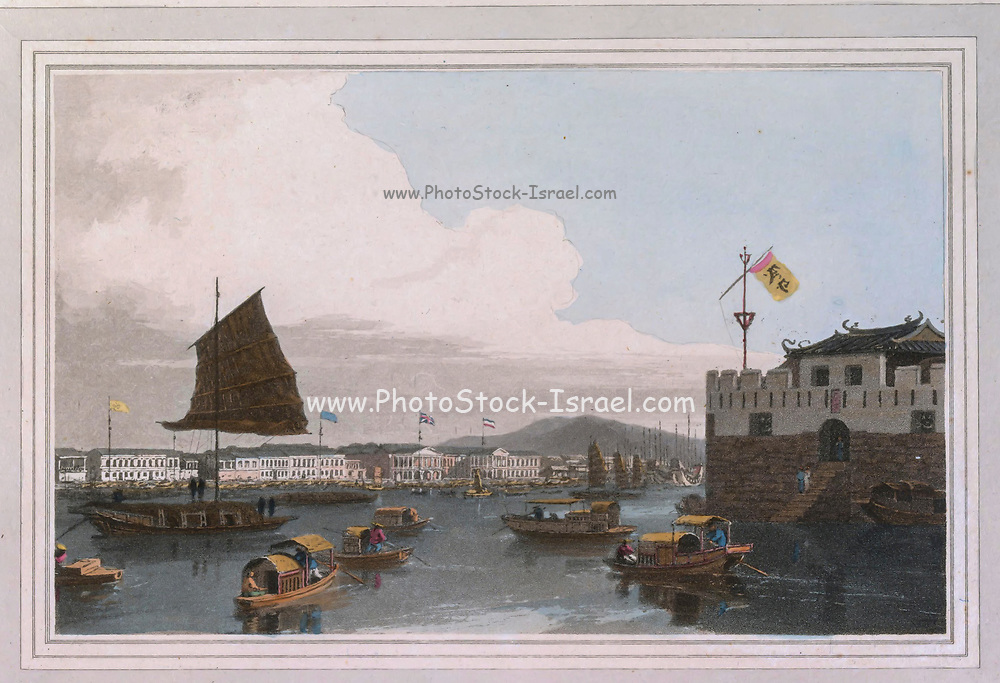