Claudius Caesar Augustus Germanicus; 15 December 37 – 9 June 68 AD) was the fifth Roman emperor, ruling from 54 to 68. His infamous reign is usually associated with tyranny, extravagance and debauchery. Nero, originally named Lucius Domitius Ahenobarbus, belonged to the Julio-Claudian dynasty, and was adopted as heir by the emperor Claudius, his great-uncle and stepfather. Nero succeeded Claudius while not yet aged 17, and his mother, Agrippina, tried to dominate his early life and decisions, but Nero cast her off and had her killed five years into his reign. Copperplate engraving From the Encyclopaedia Londinensis or, Universal dictionary of arts, sciences, and literature; Volume XXII; Edited by Wilkes, John. Published in London in 1827 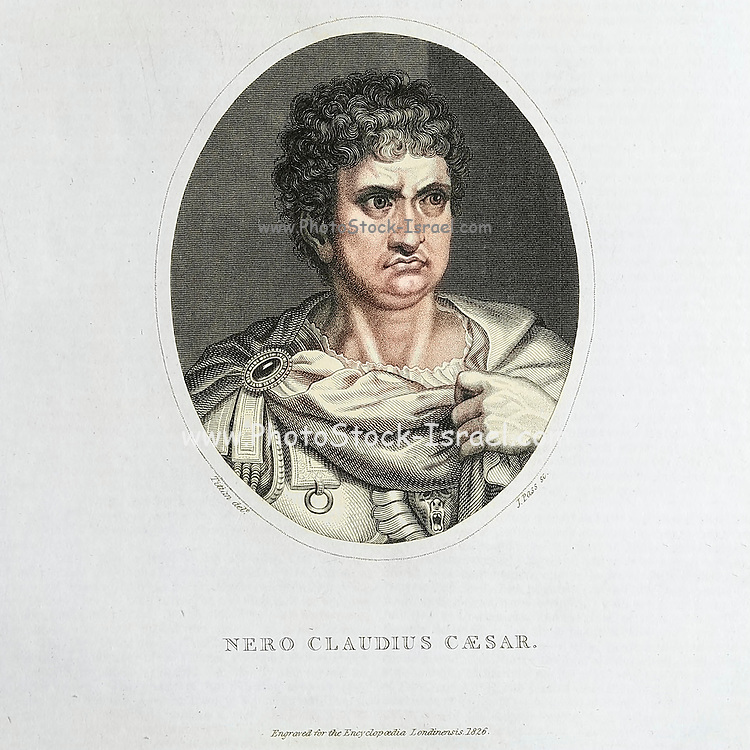