Tower and Stockade or wall and tower was a settlement method used by Zionist settlers in Mandatory Palestine during the 1936–39 Arab Revolt. The establishment of new Jewish settlements was legally restricted by the Mandatory authorities, but the British generally gave their tacit accord to the Tower and Stockade actions as a means of countering the Arab revolt. During the course of the Tower and Stockade campaign, some 57 Jewish settlements including 52 kibbutzim and several moshavim were established throughout the country. The legal base was a Turkish Ottoman law that was in effect during the Mandate period, which stated that no illegal building may be demolished if the roof has been completed. 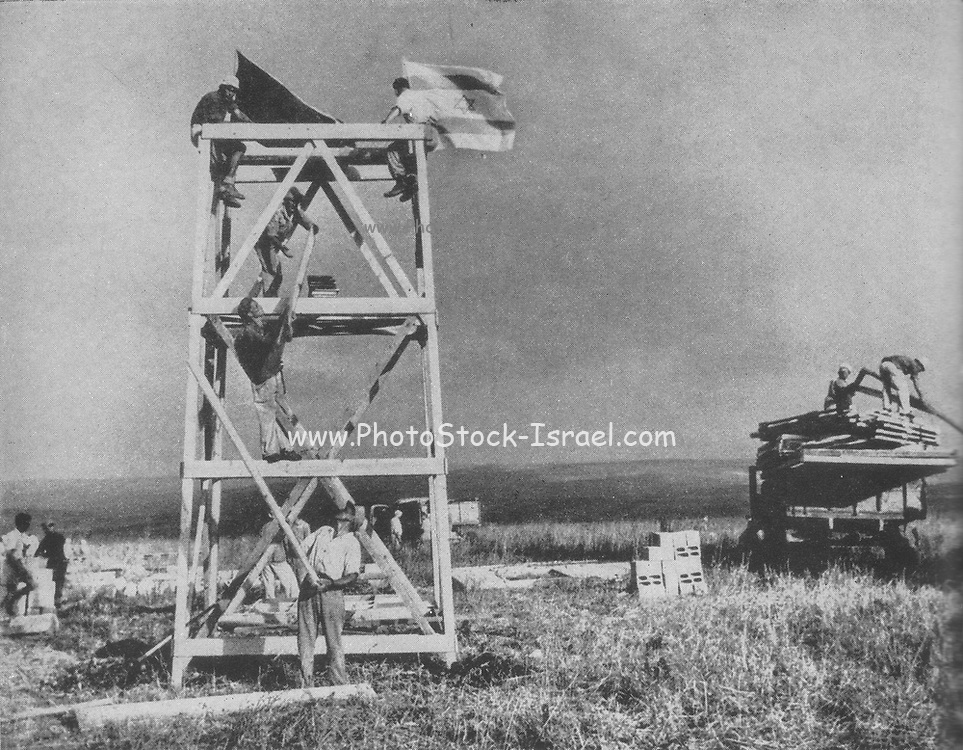