Willughbeia edulis [Syn Willughbeia martabanica] is a vine species bearing tropical fruit in the family Apocynaceae. It is a yellow sour edible fruit found in: India, Indo-China. From Plantae Asiaticae rariores, or, Descriptions and figures of a select number of unpublished East Indian plants Volume III by N. Wallich. Nathaniel Wolff Wallich FRS FRSE (28 January 1786 – 28 April 1854) was a surgeon and botanist of Danish origin who worked in India, initially in the Danish settlement near Calcutta and later for the Danish East India Company and the British East India Company. He was involved in the early development of the Calcutta Botanical Garden, describing many new plant species and developing a large herbarium collection which was distributed to collections in Europe. Several of the plants that he collected were named after him. Published in London in 1832 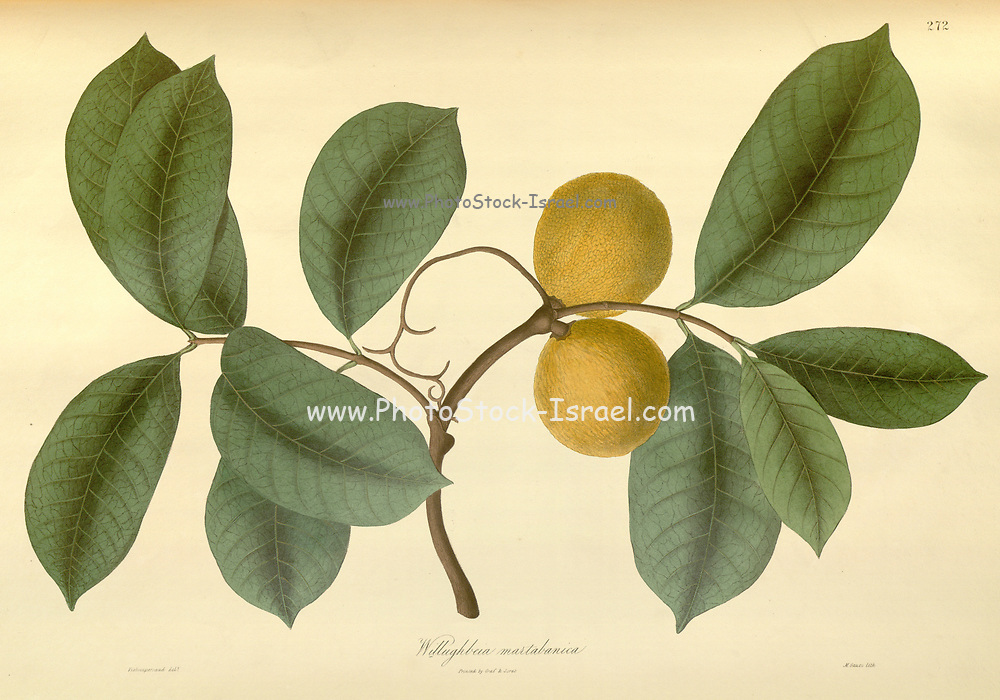