Christiaan Huygens [Cristian Huygens] also Hugenius or Huyghens; (14 April 1629 – 8 July 1695), was a Dutch physicist, mathematician, astronomer and inventor, who is widely regarded as one of the greatest scientists of all time and a major figure in the scientific revolution. In physics, Huygens made groundbreaking contributions in optics and mechanics, while as an astronomer he is chiefly known for his studies of the rings of Saturn and the discovery of its moon Titan. As an inventor, he improved the design of the telescope with the invention of the Huygenian eyepiece. His most famous invention, however, was the pendulum clock in 1656, which was a breakthrough in timekeeping and became the most accurate timekeeper for almost 300 years. Because he was the first to use mathematical formulae to describe the laws of physics, Huygens has been called the first theoretical physicist and the founder of mathematical physics.[7][8]From the book La ciencia y sus hombres : vidas de los sabios ilustres desde la antigüedad hasta el siglo XIX T. 2 [Science and its men: lives of the illustrious sages from antiquity to the 19th century Vol 2] By by Figuier, Louis, (1819-1894); Casabó y Pagés, Pelegrín, n. 1831 Published in Barcelona by D. Jaime Seix, editor , 1879 (Imprenta de Baseda y Giró) 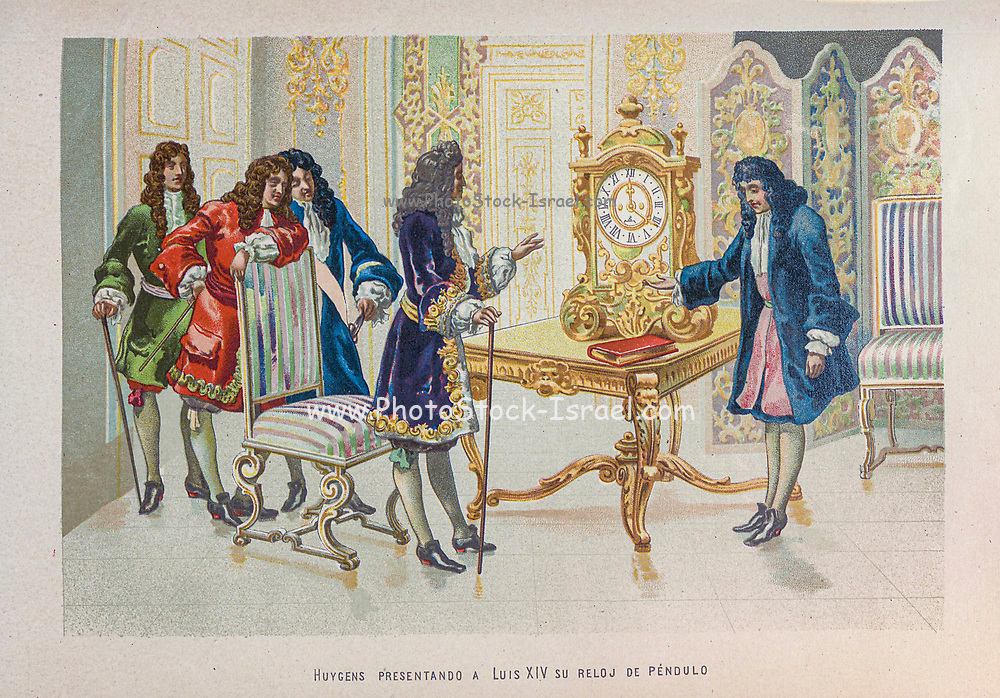