William Theobald Wolfe Tone, posthumously known as Wolfe Tone (20 June 1763 – 19 November 1798), was a leading Irish revolutionary figure and one of the founding members of the United Irishmen, a republican society that revolted against British rule in Ireland, where he was a leader going into the 1798 Irish Rebellion. He was captured at Lough Swilly, near Buncrana, County Donegal on 3 November 1798, and was sentenced to death on 19 November by hanging. He died seven days later in unclear circumstances. It has since been theorised and agreed upon by most Irish scholars that he committed suicide while in prison. From the book Ireland in '98 : sketches of the principal men of the time, based upon the published volumes and some unpublished mss. of the late Dr. Richard Robert Madden. With engraved portraits and contemporary illustrations by Daly, J. Bowles (John Bowles), editor; Madden, Richard Robert, 1798-1886, bibliographic antecedent; Swan Sonnenschein, Lowrey, & Co., publisher; Spottiswoode & Co., printer Published in London by Swan Sonnenschein, Lowrey, & Co., Paternoster Square in 1888 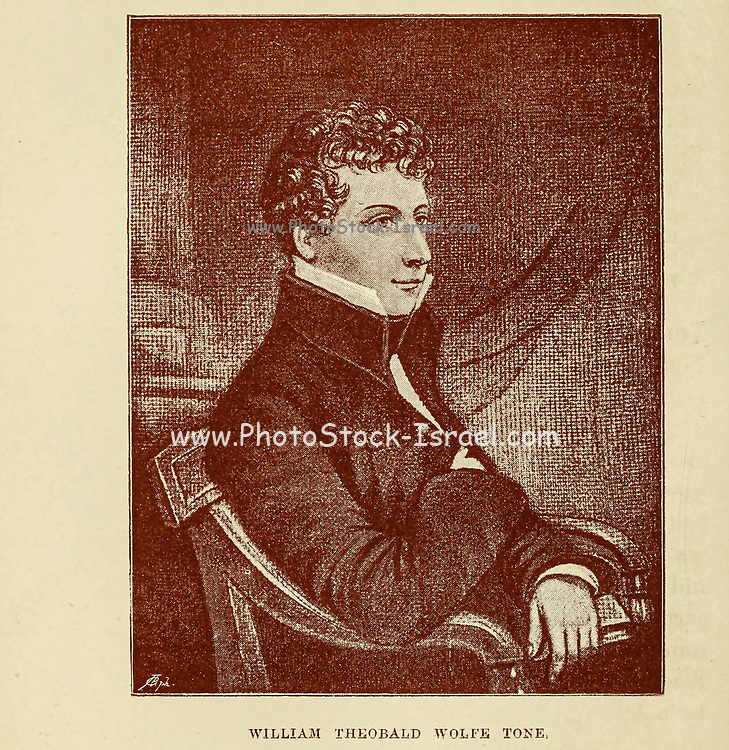