Death of Sir Ralph Abercrombie [Sir Ralph Abercromby KB (sometimes spelt Abercrombie) (7 October 1734 – 28 March 1801) was a Scottish soldier and politician. He twice served as MP for Clackmannanshire, rose to the rank of lieutenant-general in the British Army, was appointed Governor of Trinidad, served as Commander-in-Chief, Ireland, and was noted for his services during the French Revolutionary Wars]. from the book History of England : with separate historical sketches of Scotland, Wales, and Ireland; from the invasion of Julius Cæsar until the accession of Queen Victoria to the British throne. By Russell, John, A. M., Published in Philadelphia by Hogan & Thompso in 1844 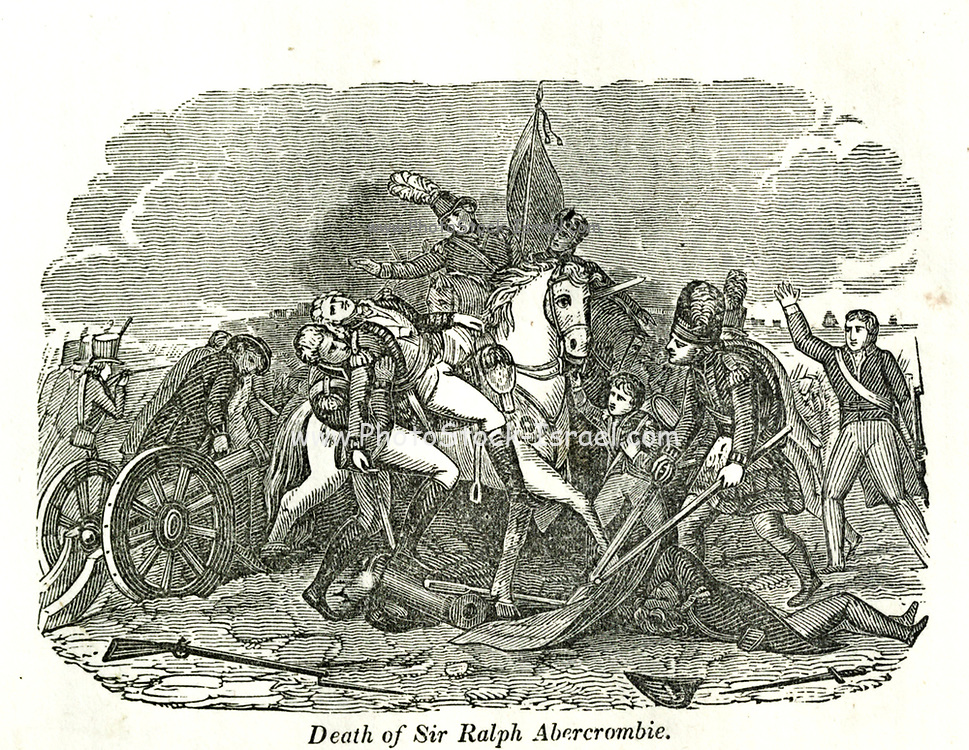