At this point, where Citico Creek joins the Tennessee, the left of the Eleventh Corps of the Army of the Cumberland rested on the river bank, the limit of the Federal line of defense, east of Chattanooga. Here, on high ground overlooking the stream, was posted Battery McAloon to keep the Confederates back from the river, so that timber and firewood could be rafted down to the besieged army. In the chill of autumn, with scanty rations, the soldiers had a hard time keeping warm, as all fuel within the lines had been consumed. The Army of the Cumberland was almost conquered by hardship. Grant feared that the soldiers "could not be got out of their trenches to assume the offensive." But it was these very men who achieved the most signal victory in the battle of Chattanooga. from the book ' The Civil war through the camera ' hundreds of vivid photographs actually taken in Civil war times, sixteen reproductions in color of famous war paintings. The new text history by Henry W. Elson. A. complete illustrated history of the Civil war 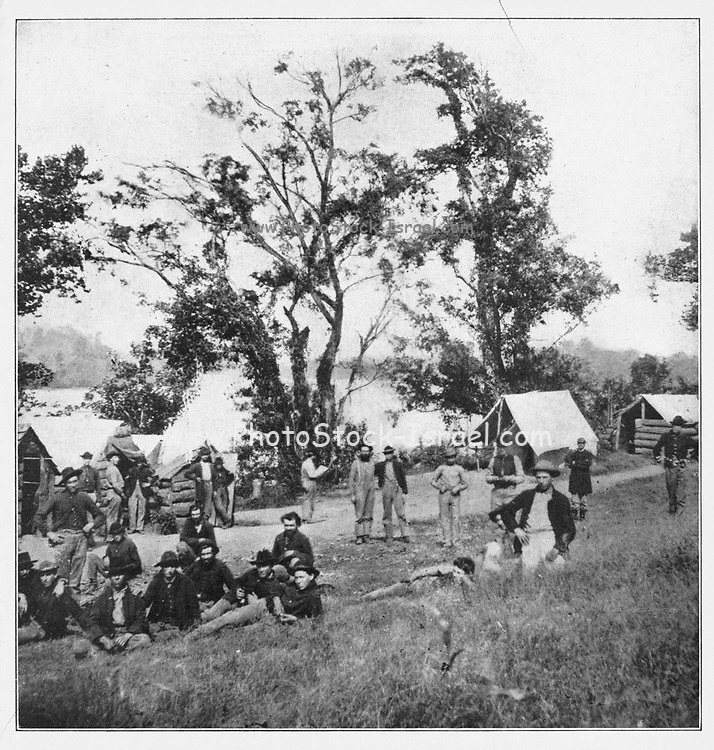